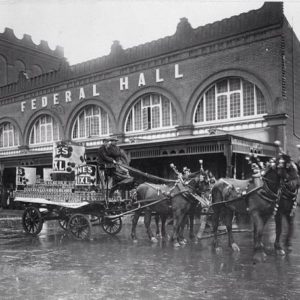 The location of the Council market caused traffic problems and was inconvenient for growers, but despite agitation for change the burgers of the city took their time finding a better site.  In the interim, a private operator called Richard Vaughan stepped in. His East End Markets opened in 1867 on East Terrace and were joined in 1904 by the Adelaide Fruit and Produce Exchange, another  private concern established by Richard Charlick. Both markets operated until 1988, when the Fruit and Produce Exchange was moved to Pooraka, 12km north of the Adelaide CBD.

The City Council eventually acquired the land where the Adelaide Central Market now stands in 1867. When the market opened on 23 January, 1869, there were no sheds at all – just a fence and some gas lights. Two sheds were built over the following six months and eventually joined by a canopy. In the 1880s it was recorded as selling vegetables, fruit, hay, fish and game. Soon shops also appeared along the street frontages. 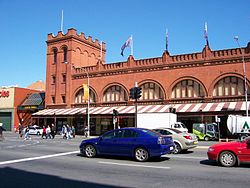 The market was rebuilt, commencing in 1900, including the double story brick structure that remains today. In 1902, gas lighting was replaced by electric lighting. Further improvements were made over the years, including major rebuilding of the market in the mid-1960s. The new market was opened in June 1966, changing its name from the City Market to the Adelaide Central Market.

Today the Adelaide Central Market is surrounded by Market Arcade (formally Victoria Square Arcade) and Market Plaza. Including these stores, it offers more than 250 traders under one roof.