Although references to gramma squash can be found in Newcastle market reports from the 1850s, the vegetable had almost certainly been grown in Australia decades earlier. The earliest published recipe I can find for gramma pie appeared in the Australian Town and Country Journal, Sydney, in 1885.  Although it gets a mention in Mrs Beeton’s section on Australian cookery in the 1891 edition,  the dish seems to have remained unknown to many beyond the north coast  of New South Wales.

As a Melbourne person, I am not familiar with gramma pie. It certainly wasn’t in my mother’s dessert repertoire. So it was a surprise to me when, in response to a Facebook post, several people cited it as a childhood favourite. Further research led me to believe that this “Australian classic” was, in fact, a regional dish.

Turning to the National Library’s Trove website, I found no references at all to the dish in papers from South Australia and the Northern Territory, just one in Western Australia, two in Tasmania and four in Victoria. In Queensland, interest in the gramma seems centred around Beaudesert in the south east, although in the 1930s and 1940s a couple of recipes popped up as far north as Rockhampton..

In New South Wales, however, there are dozens of gramma pie recipes and references, from the earliest in 1885 through to modern times. Although some of these are in Sydney papers, most are from the north coast, from Newcastle up to Lismore.  An article in the Sydney Mail in 1922 describes the pie as “a special Northern Rivers dish”. 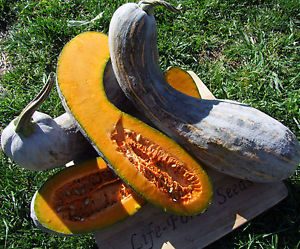 So what is a gramma? Technically, it’s not a pumpkin but a member of the squash family. It is sometimes confused with the Butternut pumpkin, but the Butternut was not developed until the 1940s. The gramma originates from central America, although in the early 20th century it was sometimes called the “rhio” or “rio” in the belief that it came from Brazil.

The vegetable thrives in warm climates, which is why it was probably little grown in the southern states. Leeton’s Irrigation Record recorded, in 1914, that the gramma was unknown in the Riverina, but was a prolific crop in the Hunter Valley. There was much talk at the beginning of the 20th century about its suitability for stock feed. However, it also proved an economical ingredient for household use, particularly in pie-making. The gramma pie had its own category in the Grafton Show by 1909. 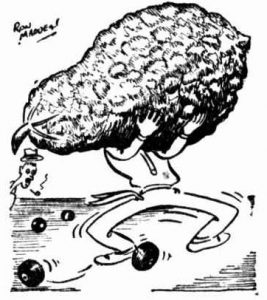 The Maitland Daily Mercury, in 1936, recorded the regional nature of gramma pie, recording a local as saying “The best kind of pie in the world…but it takes the people of the North Coast to make them.” The article goes on to relate, with some scorn, an incident that occurred at the Paterson hotel:

Two “commercials” amongst others, were having dinner and were offered “gramma pie.” One was entirely ignorant about it, and the other nearly as bad. Not wishing to betray his ignorance, however, he advised his friend to try the dish. “But what is a gramma?” queried the first. “Oh, it’s a kind of citrus fruit,” was the reply.

The gramma pie became notorious during a trial in Grafton in 1902 when one James Dowling, believing his wife to have presented another man with 50 guineas baked in a pie, chopped her up with a tomahawk. He was found guilty of manslaughter.

The 1885 recipe was somewhat different from current versions. It read:

Boil the gramma like pumpkin, drain off the water, pour the fruit into a pie dish, add a little lemon juice or essence of vanilla. Beat the yolks of four eggs very well, add a pint of milk, sugar to taste, pour over and bake in a slow oven. Whisk the whites of eggs, sweeten and lay on top of the pudding when it is done.

In 2015, the Hunter region convivium of the Slow Food movement nominated the gramma to be included in Slow Food’s Ark of Taste, fearing that the species was in danger of dying out.