In 1893, health reformer Dr Philip Muskett bemoaned the amount of meat eaten by Australians. His book The Art of Living in Australia recommended a Mediterranean diet regime with more salads, wine instead of tea, more fish and a greater variety of vegetables. He subsequently published  The Book of Diet in 1898 with suggestions for the preparation and consumption of many unfamiliar vegetables and salads.

Today, the Mediterranean Diet is widely recommended  as a healthy eating regime for weight loss and to help prevent heart attacks, strokes, type 2 diabetes and premature death. But it’s not a new idea. As early as the 1890s, a prominent medical man was making the same recommendations. 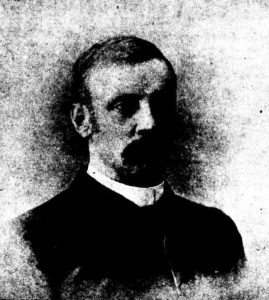 Becoming interested in childhood nutrition, Muskett began to lecture on public health and advocated compulsory cooking lessons for girls.  His 1893 book extended his nutrition advice from children to the entire population. Although not referred to as the Mediterranean diet, his recommended diet regime included many of the principles we would today identify with that way of eating. Muskett linked diet and lifestyle with climate. He felt that the culinary traditions of cold-climate Britain were not appropriate for Australia, where the warmer weather was more akin to that of the Mediterranean countries.

Muskett was shocked by the amount of meat, tobacco and tea Australians consumed and was critical of their failure to consume vegetables and fruit other than cabbage and potatoes. He advocated  taking wine with meals, preferred coffee to tea and thought too much bread and butter interfered with women’s childbearing abilities.

Aside from the Mediterranean diet, he advocated fresh air, regular exercise and woollen undergarments. He wrote many other books on nutrition, childcare and health. Sadly, Muskett’s health regime did not guarantee him a long life. He died in 1909 at the age of 52.