In 1911, William Schlipalius began making ice cream at his home in Sorrento, Victoria. He sold his product from a horse-drawn cart, then claimed to be the first in Australia to sell ice cream from a motor vehicle. His son Reuben carried on the Slip’s ice cream business from the van and a shop in Sorrento. Long before Häagen–Dazs , Slip’s pioneered exotic flavours like Plum Pudding, Apricot and Peach. 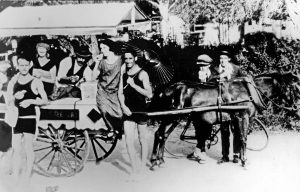 When I was in my early teens (in the late 1950s), our family’s summer holiday each year was at Frankston, now a Melbourne suburb. The ramshackle holiday house was just 50 meters from the beach. The highlight of each day was when the Mr Slips ice cream truck arrived at the end of the street next to the beach. The flavours were different every time, although we always hoped that Plum Pudding was on the list for the day. (In the picture below, the listed flavours are Apricot, Plum Pudding and Vanilla.) 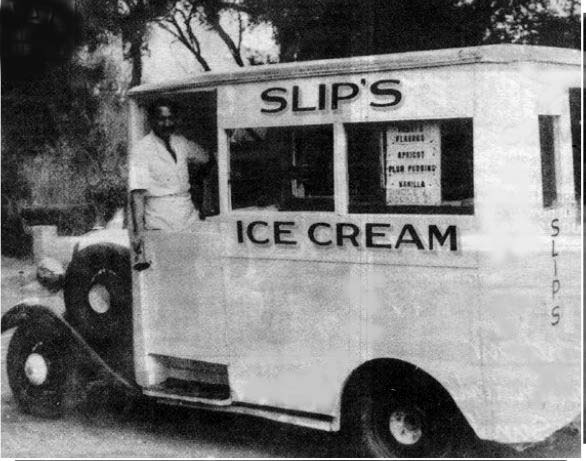 The man in the van at that time was, no doubt, William’s son Reuben – although we just knew him as Mr Slips. Along with his wife, Joy, he made 42 flavours of ice cream at the back of their shop in Ocean Beach Road, Sorrento.  They used a hand churn and fresh ingredients from the markets. At a time when the offerings in Melbourne’s milk bars were limited to chocolate, strawberry and vanilla, the flavours from Slip’s ice cream were impossibly exotic. 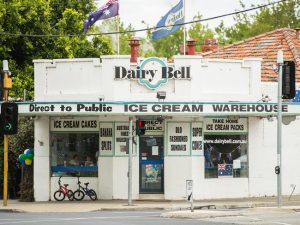 The Slip’s Ice Cream business was sold in 1974.  By that time, others were offering ice cream in interesting flavours. Dairy Bell was founded in 1970 in East Malvern, Victoria by Andre Razums and John Stanford and went on to offer a huge range of flavours including Caramel Cookie, Rocky Road and Nuts About Chocolate. Dairy Bell continued to make ice cream in its East Malvern factory until 2015 when most of its 27 stores were closed and the brand was sold.

Meanwhile, the mainstream ice cream companies were introducing new flavours via their tubs, sold through supermarkets. The competition from supermarkets and high penalty rates for weekend workers contributed to Dairy Bell’s demise. Over the following decades ice cream shops offering a wide range of flavours became more common, with Häagen-Dazs launching in 1999 and the American Ben & Jerry’s arriving in 2009.

Today, specialty ice cream and gelato shops abound and our flavour preferences have changed. Or have they? As of 2020, vanilla and chocolate were Australia’s top two favourites. But coming in third was Cookies & Cream, followed by Salted Caramel and Mint.  Mr Slip’s ice cream would no longer be the unique treat that so beguiled us back in the 1950s and early ’60s.