In 1947, Change Over, the magazine published by the Ministry of Post War Reconstruction, reported on a group of ex-R.A.A.F. servicemen who formed a co-operative to operate a food store based on “the latest American practices in food marketing”. The sign on Australian Food Stores building proclaimed it to be a “super market”. However it had very little self service and high staffing levels. The dream was to open 30 such stores around Australia, but by mid-1948 the venture had failed and was in the hands of liquidators. 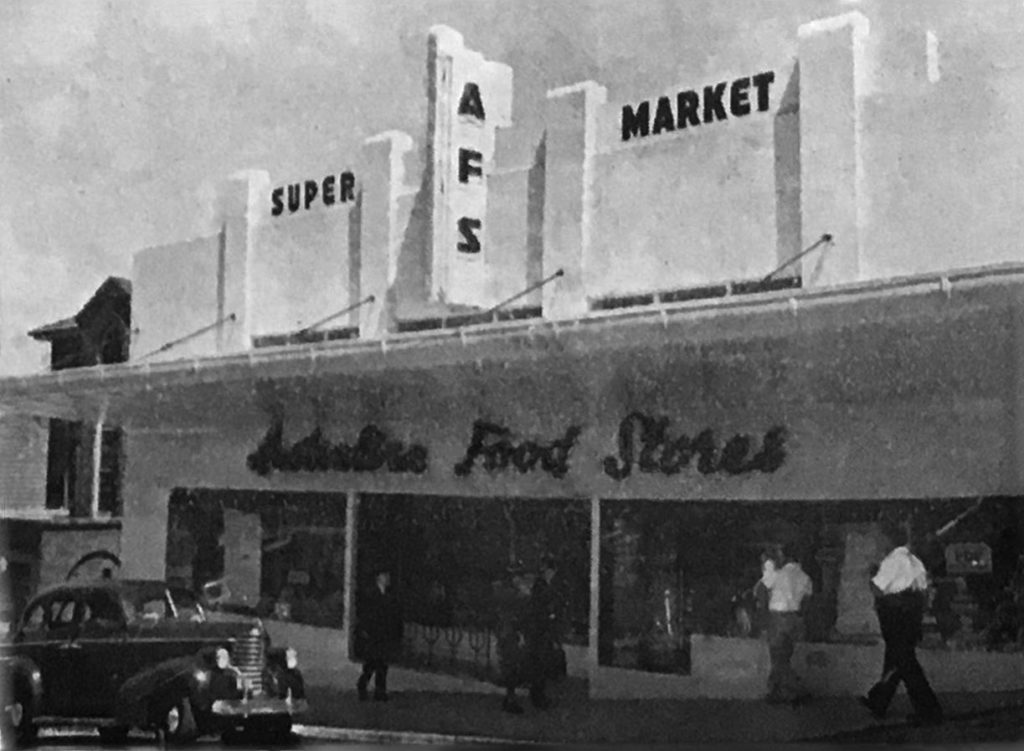 After World War II there were resettlement programs that helped ex service people go into business as well as to take up trades, study at university or work on the land. The Australian Food Stores venture was undertaken by a group of around 30 mainly R.A.A.F. ex-servicemen who felt they were too old to begin a long university course, but didn’t see themselves as tradesmen.

They raised most of the capital themselves, chose a location on Old South Head Road in Rose Bay, Sydney, and built their three-storey store from scratch.They invested their deferred pay and, with Government support, the store opened on Tuesday 4 February, 1947.

The founders had very lofty ambitions. The intention was to open 30 such stores employing 1500 ex-service people, offering the finest quality food at the lowest prices. Although the front of the store was emblazoned with the title Super Market, it was really more of a food department store. 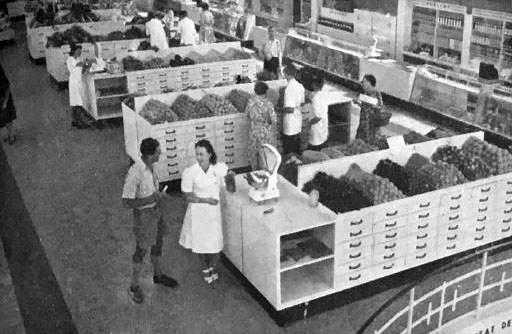 The store resembled an American-style supermarket only in that it allowed people (or, as was the norm in those days, “housewives”) to do all their shopping under one roof. It had writing desks and public telephones, but no turnstiles or checkouts. And an article in the Daily Telegraph pointed out that only the fruit and vegetable section was self service.

The range of produce was extensive. The proprietors promised:

They had some initial success. Customers liked  the convenience of home delivery and shopping under one roof in departments that displayed meat and poultry, baked goods, confectionery and fruit and vegetables. There was even an oyster bar and a liquor department. 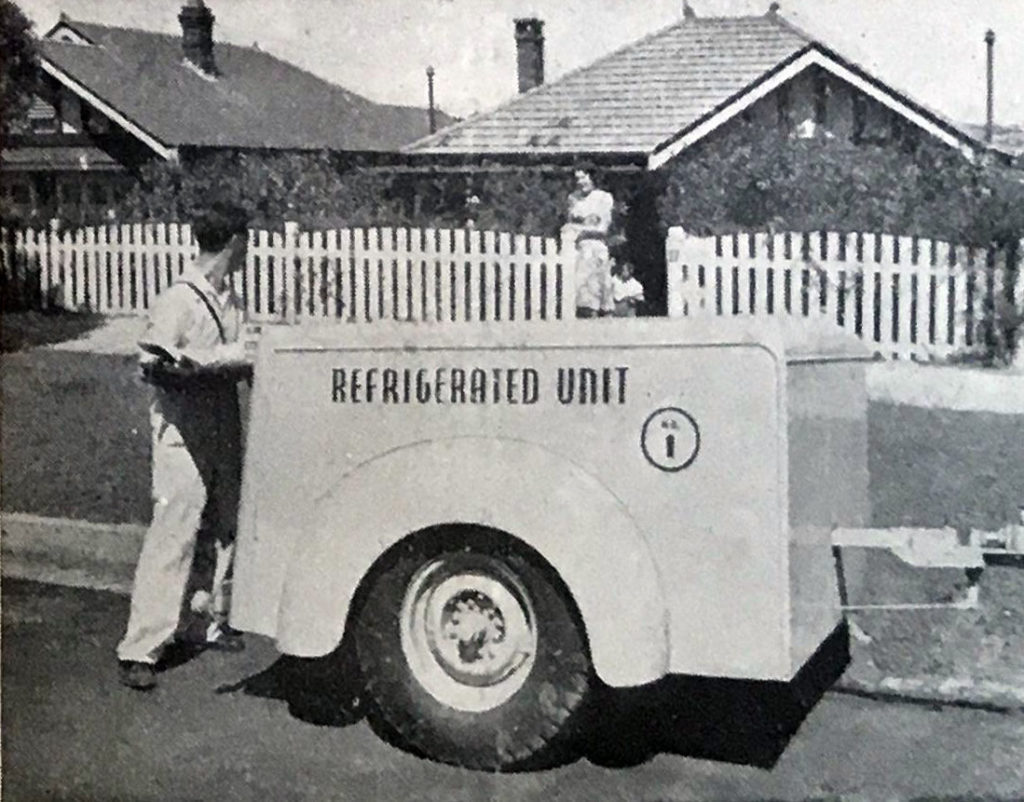 When it opened, the store had around 50 employees. What’s more, all goods were purchased from suppliers in cash. One can only imagine the cash flow problems that would flow from a hefty wages bill, a large inventory and a wide variety of fresh product. Given that none of the partners had previous retail experience, the noble experiment was probably doomed from the start.

By mid-1948, Australian Food Stores had collapsed. The premises were offered for sale in July and through the following three months there were auctions of stock and fittings under instruction from the liquidators.

Can we call this Australia’s first supermarket?   Well, no. As early as 1938, Farr’s in Newcastle were calling themselves a super market and offering a self-service way of shopping. But Australian Food Stores was certainly a pioneering, if ill-fated, venture in Australian food retailing.

I’m grateful to fellow-writer and former Canberra colleague Bob Crawshaw for the heads up on this intriguing episode in our food history.