The Mindil Beach markets in Darwin were briefly located in the Darwin Mall, but after protests from city traders were moved to the Mindil Beach site. The sunset market currently has around 60 food stalls as well as many arts and crafts stalls and operates on Thursday and Sunday evenings during the dry season (between April and October). The food stalls reflect Darwin’s diverse cultural makeup. 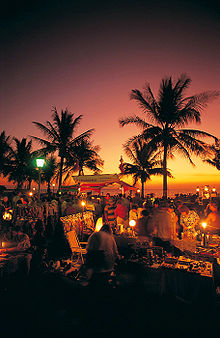 The name Mindil comes from the local Aboriginal language and means “sweet nut-grass”, a food plant for the local Larrakia people. The site has significance to Aboriginal people and has been recognised as a burial ground. However, the half a million visitors each year are unlikely to know that, the only reminder being a faded pukamani memorial pole near the toilet block.

Perhaps the most outlandish is the Road Kill Café, which boasts “You kill it, we grill it”. It’s unlikely that the stall actually sells road kill, but it used to boast some distinctively Australian dishes, including camel satays and possum sausages.  These days, the focus seems to be on burgers. Crocodile burger anyone? 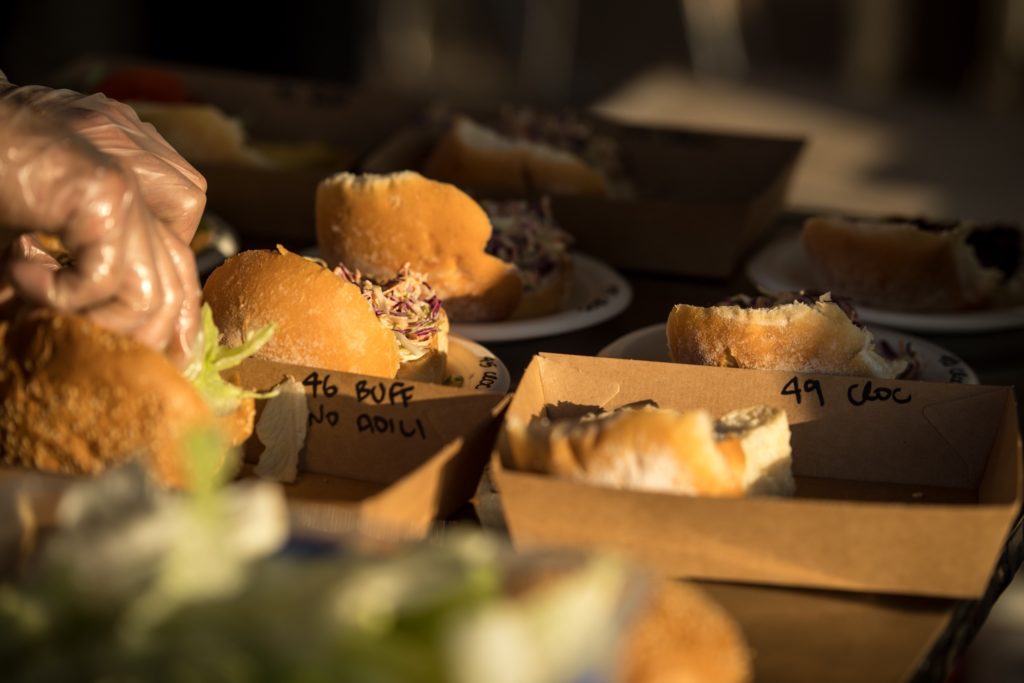 Maybe pass on that one and sample a hot roast potato from The Potato Man, offering “Darwin’s original and best baked spuds”. Or try a weird bit of fusion – the Wow! Sushi Burger. Paella at Sunset is served from a giant pan and Pete’s Mexican Kitchen can sort you out with a taco or two.

Grasping your take-away of choice, the tradition is to find a spot on the beach where the view of the sunset is truly spectacular. Mindil Beach markets are among Darwin’s biggest tourist attractions. The nearby Mindil Beach Casino and Resort was opened in 1983.