Based on the (false) premise that humans haven’t evolved fast enough to cope with foods introduced since the end of the Stone Age, the Paleo Diet is based on concepts first explored in 1975 by gastroenterologist Walter Voegtlin. The publication of a 2002 book The Paleo Diet by Loren Cordain popularised the idea of eating meat, fruit, vegetables, nuts and seeds and excluding all grains, dairy, salt and added sugar.

Proponents of the Paleo Diet suggest that we still have Stone Age genes which are incompatible with modern lifestyles. Since grains and dairy foods resulted from the development of agriculture, rather than being part of humans’ original hunter-gatherer diet, they should be rejected, say Paleo fans. 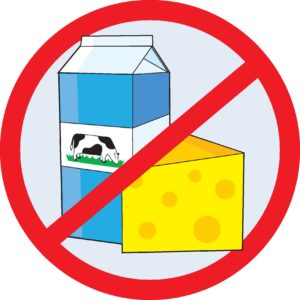 In Australia, this way of eating has been promoted by television personality and chef Pete Evans, who published a book called The Paleo Chef in 2014. Evans provoked a storm of criticism when he suggested that bone broth, one of the fundamentals of Paleo cooking, should replace milk in babies’ and toddlers’ diets.

Like many fad diets, the Paleo diet has fervent followers, like Robb Wolf, who writes that “The Paleo diet is the healthiest way you can eat because it is the ONLY nutritional approach that works with your genetics to help you stay lean, strong and energetic!”

However, as The Scientific American reports, “The Paleo diet not only misunderstands how our own species, the organisms inside our bodies and the animals and plants we eat have evolved over the last 10,000 years, it also ignores much of the evidence about our ancestors’ health during their—often brief—individual life spans…”

Many dietitians agree with some of the tenets of the Paleo approach, particularly with its emphasis on eating more fresh fruits and vegetables and rejecting processed foods and added sugar. However, excluding dairy, they say, leaves you at serious risk of calcium deficiency, while whole grains and legumes have been shown to be beneficial for gut health. At least one Australian study from Edith Cowan University, reported negative side effects like diarrhoea, increased fatigue and sleep problems. Longer term, the health effects could be more serious, they say.