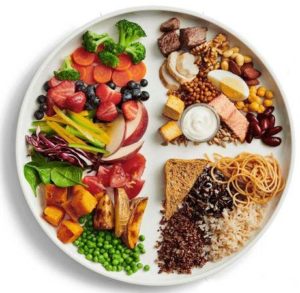 Food trends identified as important for 2019 were eating for gut health, food shopping more frequently, “peganism” (a cross between paleo and vegan diets) and the growth in faux meat products. By 2019, veganism had lost its crank status and become almost mainstream. There was an increasing emphasis on reducing waste, including moves to eliminate plastic bags, takeaway coffee cups and single-use straws. Good Food declared 2019 the “Year of the Prawn” but maybe no-one was listening.

The beginning of a new year brings all the pundits out of their lairs to pronounce on food trends over the next 12 months. It’s the same in the food business. Their predictions can vary widely: not everyone would agree with Good Food that we’d be eating more duck’s heads in 2019. One thing all the experts seemed to agree on was that plant-based foods were on the rise. Even for omnivores. delicious quoted Sydney chef Mark Best saying that “vegetables are the new wagyu” and citing the environmental and financial cost of proteins as the reason.

Several writers predicted that the trend towards home-delivered restaurant meals would decline as people become weary of receiving rapidly cooling food. Perhaps this was wishful thinking on the part of restaurant operators, who would like to see their tables filled with happy diners.

Among the ingredients pegged as having their time in the sun in 2019 were ginger, hemp milk (and maybe other hemp products), and all those Omega-3 foods like salmon, walnuts and soy. Seaweed snacks, big in the USA, could also make an appearance here. Faux meat, turning up in vegan-friendly burgers in places like Grill’d, Soul Burger and Lord of the Fries, was definitely seen as on the rise.

One ingredient on the out was sugar, especially in soft drinks.  In fact, carbs of all sorts were out, while good fats were in. People were also talking about probiotics (gut health), anti-ageing and personal nutrition. In fact, eating for health and sustainability rather than simply for pleasure seemed to be the general trend. Ideally, they will not be mutually exclusive.