According to Mode Australia, a now defunct magazine published by Australian Consolidated Press, French fries, fresh crab cakes and mesculun (sic) salads were very ‘hot’ at the end of the ’80s. On the other hand, crocodile steaks, doner kebabs and char-grilled anything were ‘cold’. 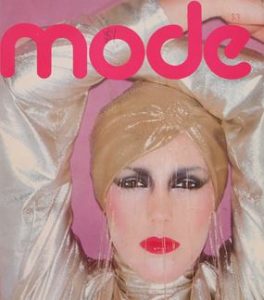 Mode, which eventually morphed into the Australian edition of Harper’s Bazaar, was a lifestyle and fashion magazine published from 1977 to 1997. The February 1989 edition, then in tabloid format, contained an article titled “Not the In and Out List”. Quoting Jerry Lee Lewis, the magazine pronounced: “Either be hot or be cold. If you are lukewarm, the Lord will spew you forth from his mouth”.

As well as giving an insight into 80s food trends, Mode pronounced that twins, real-estate agents and Enya were hot, while Whitney Houston, house music and discussing property prices were cold. Irish linen was hot, acid-wash denim was cold and, by the end of the ’80s, “brutal shoulder pads” had had their day.

Focusing on food, however, we find that, as well as the aforementioned French fries, the hot list included smoked kangaroo fillet, baby barramundi, white bread, onion rings, cous cous, yoghurt-coated almonds and peanuts, and Brussels sprouts. The cognoscenti were into French home cooking, Caribbean fried chicken or big home-cooked pies, with a side of mashed potatoes. Followed by bread and butter pudding. Cold food was hot, particularly at Christmas. 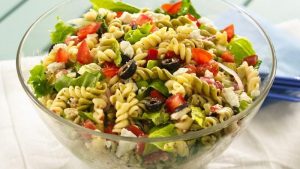 On the cold list were pasta salads, filled croissants, buttery sauces, saltless food and double and triple-cream cheeses. So hold the fat, but pass the salt please. Cocktail party food (and, indeed, cocktail parties) got the thumbs down. Provenance was important, with Fijian mangoes being hot, while South African smoked salmon, New Zealand mussels and New Zealand avocados were all cold.

And it wasn’t just about what you ate. Where you ate was important, too. In Melbourne, the spots to be seen at were Lynch’s, Hagger’s, Tsindos or The Botanical. In Sydney, the Eastside Bar and Grill, Macleay Street Bistro, Casablanca or the Riley Street Bistro were hot. San Lorenzo in Perth and Bridgewater Mill in Adelaide were also on trend. Designer pubs, boutique breweries, boutique wineries and anywhere serving a smorgasbord were so yesterday, dahling.

Of course, 80s food trends were accompanied by 80s drinking trends. The ultimate condemnation of “lukewarm” was reserved for “overpriced and over-rated French champagne”.  That and Roger Woodward, poor lukewarm man.  Pink champagne was totally cold, but peach champagne was hot (along with peach brandy and peach liqueur). Other trendy tipples were cherry vodka, iced dry sherry served in the bottom of champagne flutes, Stoli and sake martinis, and Scotch. It was also, according to Mode, very in to drink more than one gin and tonic. The wine of preference was a white Bordeaux, while rosé was definitely out.

No doubt the editorial staff at Mode had enormous fun with this. However, the fact that they listed food fights at corporate lunches as hot might lead one to question their judgement or even their sobriety during the compilation process.  And while I’m happy for them to have taken pot shots at Alan Jones, Richard Wherrett and John Howard (brrrrr), they so got it wrong with Clive James.