The first edition of the classic Australian Women’s Weekly Cookbook was published in 1970, heralding a new era of international cookery in Australia.  Edited by Ellen Sinclair, it featured tested recipes that were accessible to the home cook. The large hardback we recognise as the Australian Women’s Weekly Cookbook was the first of many such books released under the Weekly’s banner. But, in fact, it wasn’t the first cookery book the magazine had published.

The first Australian Women’s Weekly Cookery Book was published in 1948. It was a 68-page booklet available for two shillings at newsagents. It contained all the prize-winners from the Weekly’s £2000 cookery contest. Many of these seemed to feature meringue. It also offered menu plans for a family of four based on weekly expenditures of £3, £3/10/- and £4. The book sold out in two days.

There were more recipe booklets published by the Weekly, either for separate sale or as lift-outs to the magazine. But in the 1970s the cookbook was taken to a whole new level. The blurb promised:

Here at last is the cookbook thousands have been asking for – a complete cookbook of reliable recipes compiled and tested by the Leila Howard Test Kitchen of  The Australian Women’s Weekly, Australia’s most popular magazine. There’s something here for everyone, for every occasion, from traditional family favourites to superb dishes for special dinner parties. It’s a book you’ll use – and enjoy – every day of the year. 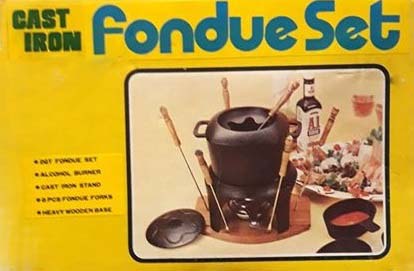 The Australian Women’s Weekly Cookbook of 1970 contained over 700 recipes, including step-by-step photographs and lots of colour pictures – not a given for cookbooks of the time. Among the features promoted were cheesecakes, casseroles, “exotic international recipes” and, as you would expect in the 1970s, “entertaining with fondue”.