The Black and White 4d. Milk Bar, in Martin Place, Sydney was opened by Mick Adams in November 1932. He developed the concept after a trip to the USA. Adams had changed his name from Joachim Tavlaidis and was one of many Greek immigrants who operated milk bars, cafes and fish and chip shops in Australia in the early 20th century. Adams went on to open more milk bars in Sydney, Adelaide, Brisbane, Melbourne and Wollongong.

As well as being Australia’s first milk bar, the Black and White may have been the first in the world. Historians Effy Alexakis and Leonard Janiszewski raise the possibility. In their work on the history of the Greek cafe and its role in the Americanisation of Australian eating, they claim that Mick Adams gave the idea and some recipes to a friend. He went to London and started the first milk bar in the UK. 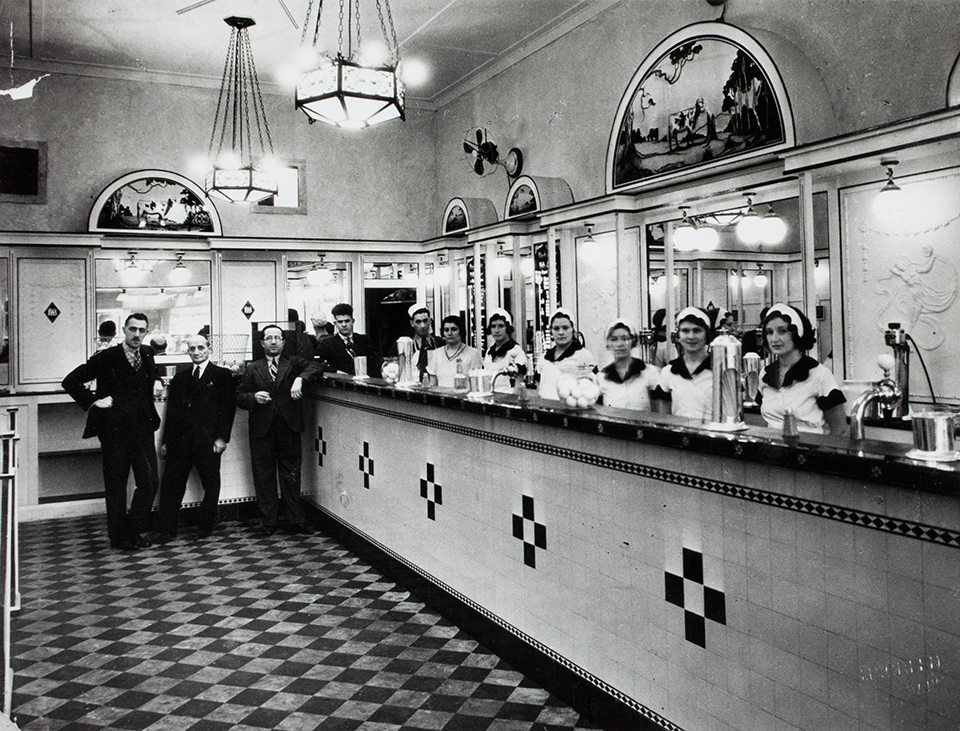 Milk shakes were not new, but Adams’s establishment was a new concept in that it was an “American-style” milk bar that served nothing else. There were many flavours. Alexakis and Janiszewski report two popular ones were the banana milk cocktail and “bootlegger punch” which had a dash of rum essence. Ice cream was not an ingredient of these early milk shakes.

There were already many Greek-run cafes and oyster saloons in  Australian cities and towns. The Black and White was a new concept in that it didn’t offer table service and the menu was restricted to milk shakes. There was limited seating on one side and a long bar with the milk shake machines on the other. People mostly stood to drink their milk shakes, which allowed for fast customer turnover.

The idea caught on quickly. Some 5,000 customers crowded into the milk bar on its opening day and within five years there were around 4,000 milk bars throughout Australia. 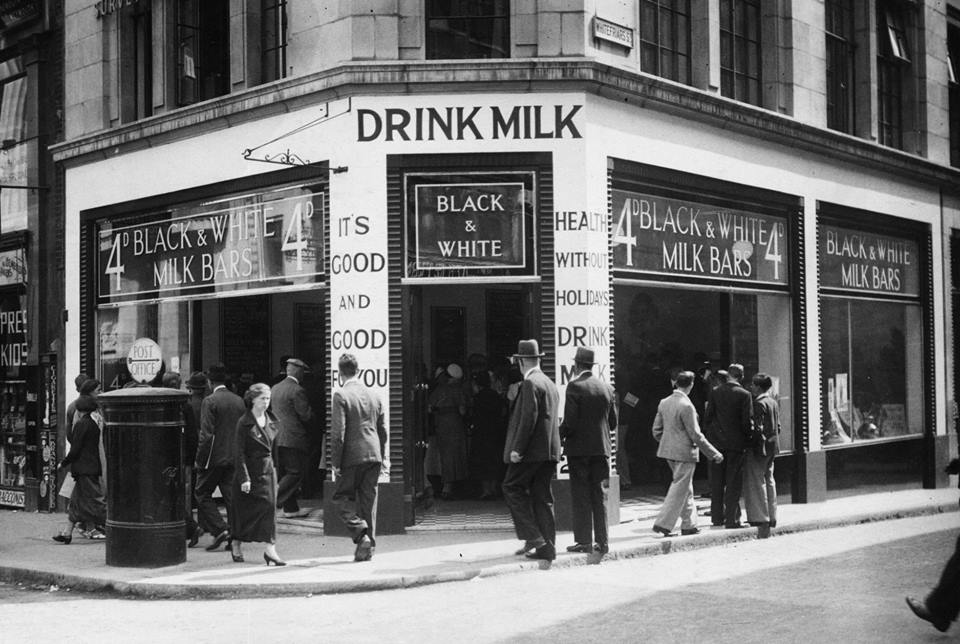