Kangaroo Island in South Australia is believed to be home to the world’s only remaining colony of pure bred Ligurian bees, renowned for the quality of their honey. Bees were brought to the island in 1884 and the island was declared a bee sanctuary the following year. Since then, no other bees, honey or other bee products can be taken to the island.

There had been considerable interest in beekeeping in South Australia from the colony’s earliest years, with the first hives shipped to Adelaide from Tasmania in 1839. By the early 1880s there were around 200 beekeepers in the Adelaide metropolitan area and the South Australian Beekeepers Association was formed in 1884.

Kangaroo Island, 13.5km off the coast of South Australia, has been isolated from mainland Australia for more than 10,000 years. Used as a base for sealers and whalers from around 1802, the island’s first colonial settlement was founded in 1836. 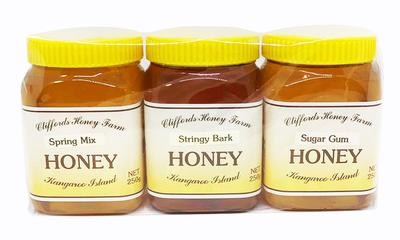 The Ligurian bee (Apis mellifera ligustica) was named for its origin in the Ligurian Alps in the days of the Roman Empire. Roman historians praised its docility and productivity. The  bees that were established on Kangaroo Island were bred in Queensland and were imported by the South Australian Chamber of Manufactures. The American Bee Journal, 25 November 1885, reported that “Several pure colonies were reared from this one, [the first hive from Queensland] and two of them were sent to Kangaroo Island, where they appear to thrive well.”

The South Australian Beekeepers Association promoted legislation to make Kangaroo Island a bee sanctuary and An Act to encourage the culture of Ligurian Bees on Kangaroo Island (the Ligurian Bee Act) was passed by the State Parliament in 1885. While the species has virtually disappeared elsewhere in the world because of interbreeding and disease, the isolation of Kangaroo Island has protected the local bee colonies.

As well as exporting honey and other bee products, the island also exports queen bees. The honey from the island’s native flora is considered to be among the best in the world.