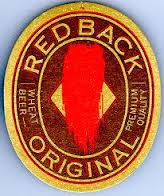 The Old Ballarat Brewery in Victoria and the Sail and Anchor Pub Brewery in Western Australia were the first  to challenge the dominance of the big brewers. The Sail and Anchor team then opened the  Matilda Bay Brewing Company in 1985. Starting with its own pub in Freemantle, the company went on to produce the popular Redback wheat beer in 1987. It gained a national market. The boutique brewers were subsequently acquired by the Fosters Group.>>A Short History of Craft Beer

Of course, the boutique brewers were, in some ways, a return to the past. In Australia’s early days brewing was largely unregulated and many a country town had its own brewery. This was a necessity in the days before refrigeration, as transport was difficult and beer would spoil easily. Quality was variable and “Colonial ales” were generally not held in high regard in comparison to imported beers.

New technology and the increasing popularity of lager-style beers began to change the market in Australia. The system of tied houses – brewery-owned pubs able to serve only that company’s beers – saw many smaller brewers squeezed out. After the Australian colonies federated to form the Commonwealth of Australia in 1901, the new federal government passed a Beer and Excise Act.  The Act made home brewing illegal and regulated beer brewing and sales.

At the time of federation Sydney alone had 21 breweries. Soon 16 of them closed. The industry began a process of consolidation, with mergers and takeovers reducing the number of breweries. For example, in 1907, in Victoria, five Melbourne breweries merged to form Carlton and United Breweries.

By the middle of the 20th century just a few large companies dominated their state markets. But in the 1980s, a few pioneers began to brew craft beers.  Although early boutique brewers Matilda Bay and Hahn were eventually swallowed up by large brewing corporations, others entered the field.  By 2017 there were close to 300 small breweries operating around Australia. It seems craft beer is here to stay.