A replacement for the old-fashioned jaffle iron, the Breville Snack’n’Sandwich Toaster sold 400,000 and was snapped up by 10 per cent of Australian households in its first year on the market. It allowed toasted sandwiches to be made quickly and with no mess. The appliance was popular overseas and was eventually named as one of British TV personality Stephen Fry’s 100 best gadgets.

The Breville brand name is a combination of the names of its founders, Bill O’Brien and Harry Norville. The company was founded in Melbourne  in 1932 and originally produced radios, moving on to make mine detectors during World War II. During the late 1950s and early 1960s they produced television sets under the brand name Precedent.

From the 1960s, the focus became kitchen appliances, the most famous of which was the Snack’n’Sandwich Toaster. So popular did this appliance become in Britain that the toasted sandwiches it produced – which we would call a jaffle – are often known there as “Brevilles”.  The Breville range now includes food processors, bread makers, rice cookers, microwave ovens, steamers…almost any kind of kitchen appliance you can think of. 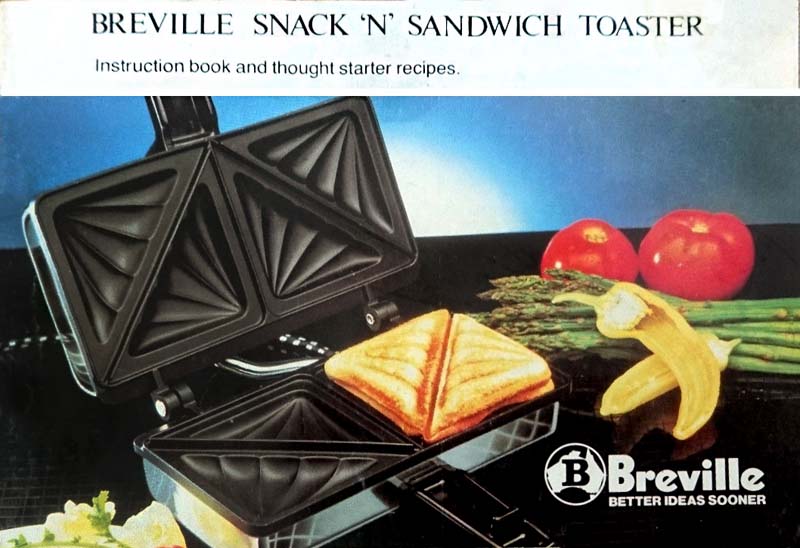 According to the company website, Breville holds more than 100 patents and has won more than 40 international awards. They claim to have had a number of world firsts, including the the world’s first juice extractor to juice whole fruits and the world’s first sandwich press with adjustable height. The products are marketed in more than 50 countries under a number of brand names.

In 1982, in a move that now seems somewhat short-sighted, Breville sold its brand name in the UK and Europe to the American company Newell Brands. As a consequence, Breville-designed and produced products are now marketed by a series of partner companies under their own brands and compete against products carrying the Breville name in those markets.

The O’Brien family retained some ownership of the company for several generations, but in 2001 it was sold to Housewares International Pty Ltd, based in the USA and China. It maintains a Centre of Design and Excellence  in Botany, Sydney.