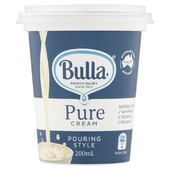 Bulla Dairy Foods was first established by Thomas Sloan as the Bulla Cream Company in Moonee Ponds, Melbourne. Thomas had invented a new method of thickening cream,  pasteurising it by standing open cream cans in coppers fired by wood.  Thomas Sloan was joined in the business by other family members. The company remains Australian-owned and is operated by three inter-related families. Bulla’s manufacturing operations  in Colac began in 1921. In 2019 Bulla was the top-selling ice cream in Australian supermarkets, according to Roy Morgan research.

Bulla is the name of a district north of Melbourne, not far from what is now Melbourne Airport. In the early days of Thomas Sloan’s operation, the milk was supplied by his brother, William, who had a farm there. It was brought to the Moonee Ponds premises in cans marked ‘Bulla’ to signify their place of origin. Perhaps by default, Thomas’s cream became known as Bulla Cream. 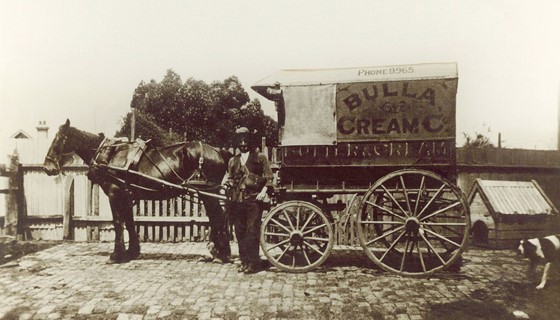 As the operation expanded, Thomas’s brother-in-law Hugh Anderson and Hugh’s brother Jack joined the business. Bulla is still run by the descendants of these three men. The first expansion involved the purchase of a butter factory at Drysdale on the Bellarine Peninsula south west of Melbourne. Then, in 1921, the company bought land to build a factory in Western District town of Colac.

In 1930 Bulla bought the local ice factory, which produced its own Regal Ice Cream. The Regal Ice Cream brand was continued in tandem with the Bulla brand for many years and today the company is known as Regal Cream Products (trading as Bulla Dairy Foods). The Moonee Ponds headquarters was relocated to North Melbourne in 1928. 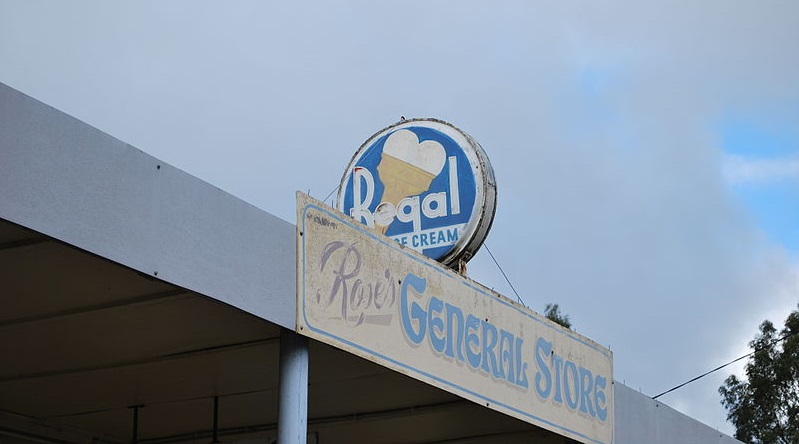 Bulla remains a leader in the $1 billion plus Australian ice cream market. In May 2019, four companies – The Peters Food Group, Regal Cream Products (Bulla), Unilever Australia and Norco Co-operative – accounted for an estimated 80.1% of the industry’s revenue (IBISworld, 2019).