In 1960, Myer completed the Chadstone Shopping Centre 12  kilometres from the centre of Melbourne.  “Chaddy”, as it soon came to be called, was the first self-contained regional shopping centre in Melbourne, and the largest in Australia at the time. The opening on 4 October 1960 was televised and the advertising offered 45-degree angled parking spaces to make shopping ‘easier’ for women who could not manage reverse parking.>eMelbourne

Chadstone began the migration of shopping from the CBD of Melbourne to the suburbs. It was built at a cost of around $6 million and officially opened in 1960 by the Victorian Premier, Henry Bolte. The original central mall was open to the sky and the centre included  72 shops, a three-level Myer department store, a supermarket, an upper and lower mall, radio station 3UZ, exhibition hall, medical centre and child minding facilities.

A brochure in the Museums Victoria collection shows the original modest floor plan. The brochure points out that “Six entrances lead from the public roads into the Centre where there is free parking space for 2,500 cars.” Among the early attractions at Chadstone were the Downyflake Donut shop where shoppers could watch the donuts being made, and even a small on-site theatre. 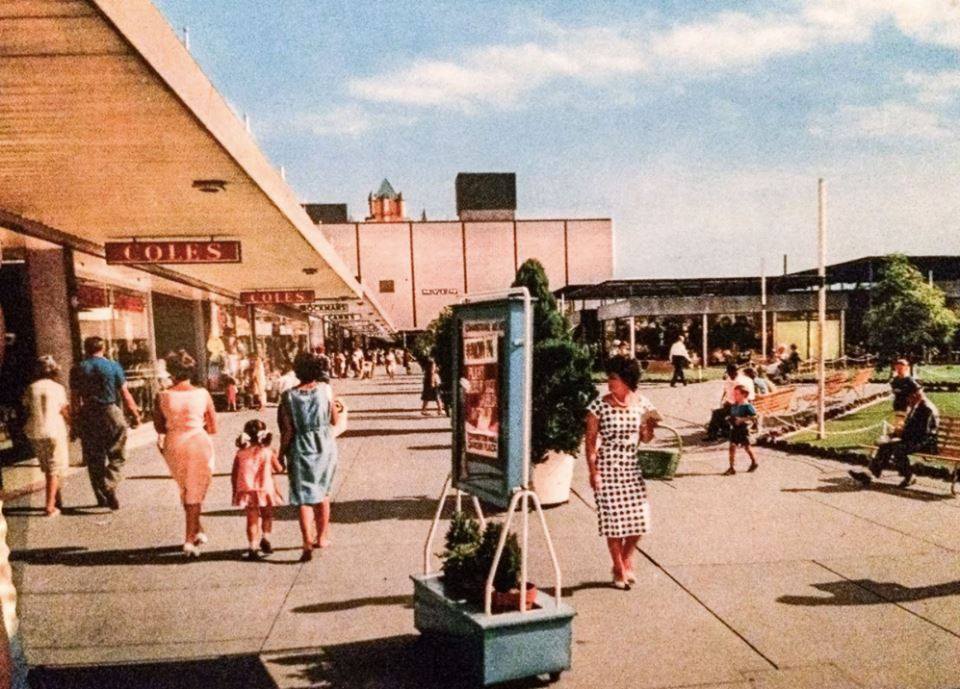 In 1983, John Gandel purchased Chadstone Shopping Centre from Myer. At that point, sales were approximately $100 million a year. The following year, the original mall was enclosed and a Target store was added to the centre. Further improvements during the 1980s were the addition of the first cinemas and an expanded fresh food offering.

In 1990, the Galleria Mall was built, including what the centre operators claim to be Australia’s first food court. Chadstone has continued to expand with more food, entertainment and fashion offerings, plus an office tower. It has positioned itself as an up-market shopping destination. In fact it no longer calls itself Chadstone Shopping Centre, but Chadstone – the Fashion Capital.

In 2018 the centre’s sales reached $2 billion, putting it among the top five best-performing shopping centres in the world. It now has more than 500 stores and more than 80 eating establishments spread over four different food precincts.  In 2018 construction commenced on a luxury hotel.