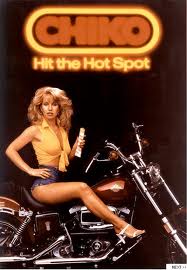 Frank McEnroe  was a boilermaker from Bendigo who developed the iconic deep fried Chinese-style roll to sell while catering at football matches and other events.The Chiko Roll was first sold at the Wagga Wagga Agriculture Show in 1951. Later, the Chiko Chicks, astride their Harley Davidson motorbikes, became the marketing signature of the brand. Some people think the Chiko Roll is Australia’s national food.

Frank McEnroe was a man of big ideas. For 20 years he ran a catering business with his brothers, Leo and Gerry, serving food at country shows and sporting events. The legend goes that one day Frank spotted a man selling Chinese-style chicken rolls outside Richmond football ground. This inspired him to make a bigger, better version.

The Bendigo descendents of the McEnroe brothers now claim that they were all involved in inventing the Chiko Roll in the local dairy factory where they worked. Their recipe omitted the chicken and had a filling made from minced mutton, celery, cabbage, barley, rice, carrots and spices. Instead of the flimsy Chinese-style wrapper, this substantial filling was enclosed in an even more substantial egg and flour dough. And deep fried. 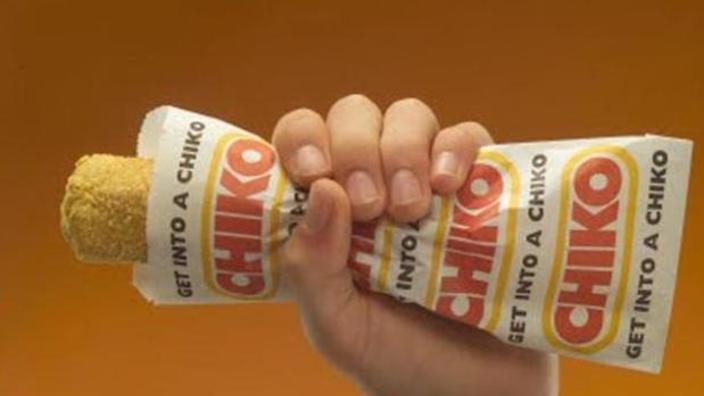 Locally, it was known as the snack roll. But soon it was sold beyond Bendigo as the Chiko Roll. The fact that the product was unveiled to the wider world at the Wagga Wagga show has led to something of a conflict about its origins. Wagga lays claim to being its launching pad (and by all reports, it was a sellout by the second day). However, Bendigo asserts its credentials as the birthplace.

The McEnroes moved the manufacturing operation from Bendigo to the Melbourne suburb of Coburg. Then, in partnership with the local ice works, they formed Frozen Food Industries. Soon the Chiko Roll was in every fish and chip shop, reaching its peak of popularity during the 1970s when it was inextricably linked to the surf scene and 40 million were sold each year.