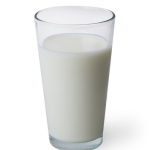 The Commonwealth Advisory Council on Nutrition was formed in 1936 after Australian delegates to the Assembly of the League of Nations had initiated an international inquiry into world-wide problems of nutrition. It was chaired by the Commonwealth Director-General of Health and consisted of a range of experts from the health, agricultural and research sectors.  The Council undertook two studies. One looked at the household diets in Sydney, Melbourne, Brisbane, Adelaide and Perth. The second surveyed the nutritional health of (white) children in inland areas.

The urban study was based on monthly food records kept by 3700 housewives.  It found that Australians, at least in the five cities surveyed, were generally well fed. The Canberra Times, however, decided to focus on the negative, with a headline reading “Malnutrition stalks in Australia: six per cent of homes affected”. The report did find that a minority were unable to obtain enough food, and that milk, cheese, fruit, vegetables and fish were not available to all families at sufficiently low prices.

The survey of children’s nutrition was carried out by a physician who visited the interior regions of eastern Australia in a trailer equipped with a small laboratory and small X-ray unit.  It examined nearly 6000 children, including 1600 in Sydney, ranging in age from infancy to 14 years. This report commented that “a considerable mass of minor departures from normal health (describable generally as malnutrition) exists amongst the young children in both town and country”. This was attributed to both poverty and ignorance.

Of the children examined in New South Wales, 23·7 per cent showed signs of unsatisfactory nutrition; in Queensland the figure was 18·8 per cent, and in Victoria, 13·3 per cent. Among preschool children of Melbourne examined during the same period, the corresponding percentage was as high as 21·7.

On the basis of these surveys, the Advisory Council on Nutrition recommended the formation of a division for the study of child health within the Health Department, medical supervision of an expanded network of kindergarten and primary schools and the involvement of State governments in providing education on nutrition. There was a focus on milk, with recommendations that its price be reduced and a daily milk supply  provided to school children.

In 1939 the Advisory Council on Nutrition was dissolved and its functions passed to a specialist nutrition committee within the National Health and Medical Research Council (NHMRC), the Commonwealth Government’s peak body for medical research, which was established in 1926. At the same time, a Nutrition Unit was established in the then Commonwealth Department of Health. State and territory health departments set up similar nutrition committees to provide nutrition information and education programs.