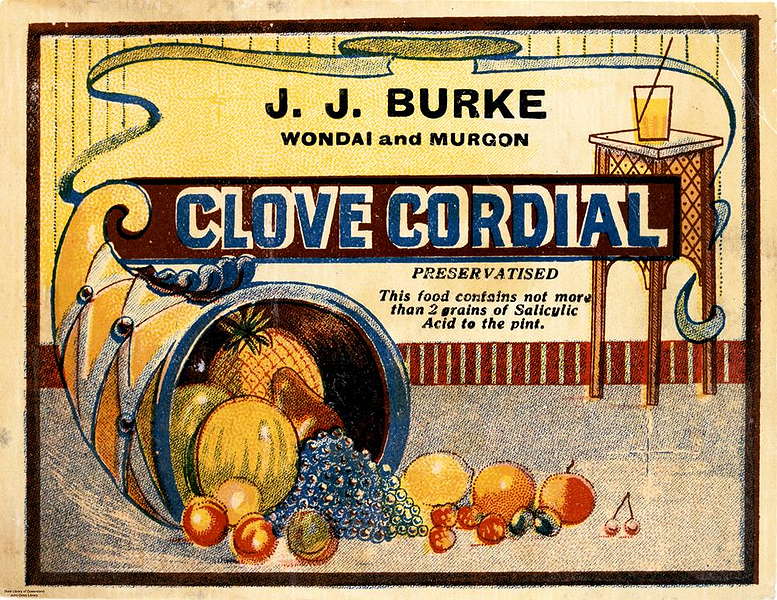 In a time when almost every town had a cordial and soft drink manufacturer, J. J. Burke was a cordial manufacturer in Wondai, a town in the South Burnett region 241 km north west of Brisbane.  This label probably dates from the late 19th or early 20th century. The business changed hands subsequently and under the ownership of one L. C. Sawtell became known as the South Burnett Aerated Water Works.  The Sawtell family had soft drink factories in Wondai, Kingaroy, Murgon and Goomeri. 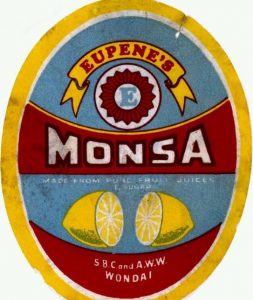 A newspaper article in 1927 records the sale of the Wondai lease to a Mr. Geo. Stewart. However, according to Queensland State Library records, Geo. was actually Gordon Stewart, who sold the business to his brother-in-law Sam Eupene in 1947. The company eventually became known as Eupene’s.  It was taken over by Errol Young in October 1971.

In the 1920s Sawtell’s  opened a branch in Maryborough. Both the Sawtell and the South Burnett operations continued at least into the late 1990s. Sawtell’s was a significant brand in Queensland and also produced fruit juices for a time. Some of their soft drinks had unusual names: orange was SOS and lemon was Monsa.