The Dairy Farmers Co-operative Milk Co. Ltd was among several dairy co-operatives formed in the late 19th and early 20th centuries to help farmers market their milk and butter in Sydney. The co-operative, comprising 65 stakeholders, was founded on January 15, 1900. Many of the members were dairy farmers from the Illawarra region of New South Wales. Dairy Farmers is now owned by the Japanese Kirin Holdings, via its subsidiary Lion Dairy & Drinks.

From its base in the Illawarra, Dairy Farmers soon acquired premises in Sydney and, later, in Newcastle. In the 1920s the co-op was, it claims, the first to start supplying milk in bottles rather than vendors ladling milk from cans or tanks on the back of their carts. However, newspaper reports from as early as 1898 suggest some bottled milk was available in Sydney many years earlier.

The dairy farmers of the Illawarra developed a distinct breed of dairy cow known as the Illawarra Red. The breed was formally recognised in 1910 and had Jersey, Guernsey, Kerri Dexter, Friesian, Shorthorn and Ayrshire bloodlines. It’s likely that much of the milk first sold to Sydney markets came from this shorthorn breed. 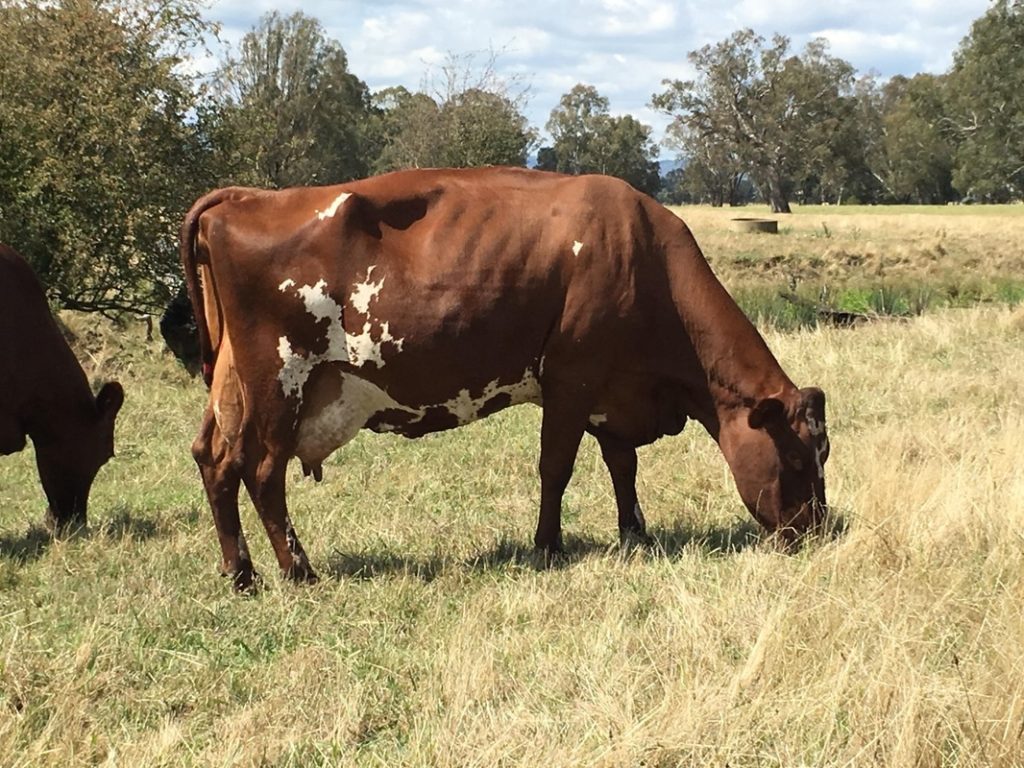 Over coming decades the co-op expanded its product offering, producing cottage cheese and flavoured yoghurts in the 1960s.  In the early 1970s they launched Hi-Lo milk – the first modified, low-fat milk.  This was followed, in 1977, by UHT (long-life) milk.

In 1989, through a series of mergers, Dairy Farmers became Australian Co-operative Foods (ACF), one of Australia’s largest dairy companies, but retained the original name as its major brand.  In following years, more well-known dairy brands were acquired or developed including Coon cheese, Ski yoghurt (under licence from Nestlé), Cracker Barrel, Dare, Oak and Moove.

In 2007, the business was still wholly Australian-owned by 2000 farmers in a co-operative structure. At that point Dairy Farmers was processing one billion litres of milk annually in 11 facilities Australia wide and was exporting products to Eastern Europe, the Middle East and Asia.

The Australian ownership was not to last. In 2008 the business was acquired by the Japanese-owned food and beverage company Kirin Holdings and became part of National Foods, which became Lion Nathan National Foods and is now Lion Dairy and Drinks. The Dairy Farmers brand is now used on milk, cream, yoghurt and cottage cheese.