The first Downyflake Donut restaurant opened in Melbourne’s Swanston Street in 1950. Their “American Donut Machine” was a source of fascination as the donuts were extruded, floated around in their bath of hot fat, and were automatically flipped, drained and tossed hot into sugar and spice. Downyflake outlets also opened in other major shopping centres and interstate.

Although Downyflake is long gone, fond memories of their stores live on.  The Swanston Street store became a major drawcard for kids visiting the city.

In 2005, Barry Humphries reminisced about growing up in Melbourne in a speech at the 20th anniversary dinner of the Committee for Melbourne (reported in The Age):One of the most important Melbourne spectacles of this period was an establishment in Swanston Street opposite St Paul’s Cathedral called Downey Flake [sic]. Here crowds pressed against the window awestruck to observe an enormous Heath Robinson-like stainless steel machine which stirred a vat of yellow sludge, scooped dollops onto a conveyor belt and dropped calamari like rings into a
cauldron of seething fat from which emerged, on another belt, an endless succession of sugared doughnuts.

Phillip Adams, erstwhile adman and radio personality, credited Downyflake with his introduction to philosophy. Each store had a prominent sign featuring “The Optimist’s Creed”, which read:

As you ramble on thru’ life, Brother
Whatever be your Goal,
Keep your Eye upon the Doughnut
And not upon the Hole.

“I still think they are beautiful words, even today,” Adams said, perhaps with his tongue firmly in his cheek. But maybe not. As recently as 2008 Adams chose the Optimist’s Creed as the heading for an article in The Australian’s Weekend magazine.

Doughnuts were not new to Australia. They were mentioned in newspapers as early as 1845 and were certainly being eaten by 1868 . An 1884 recipe read as follows:

Rub one teaspoonful of butter into four cups of flour, add a pinch of salt, one teaspoonful of carbonate of soda (wet with milk) two teaspoonfuls of cream of tartar (ditto), a cup and a half of sugar, and a little nutmeg or any other flavouring; the whole to be mixed with two eggs. Roll the mixture out to the thickness of about a quarter of an inch, cut into any small shapes, and fry in dripping.

An article by RVO Enterprises, who supply bakery equipment, traces the history of the doughnut, including its appearance in Australia. However, they make one important historical error. They claim the first Downyflake store opened at the new Chadstone Shopping Centre in 1950, but “Chaddy” didn’t open until 1960. 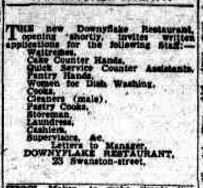 The Downyflake Food Corporation was a partnership between with the Overseas Corporation (Aust) Ltd (chaired by G.J. Coles) and an American corporation. The company, formed in 1948, initially sold cake mixes and apparently also supplied food mixes to the armed services. Advertisements for the cake mixes in 1949 also mention Downyflake Donuts, but it’s unclear whether these were also sold through grocery outlets. An advertisement appeared in The Age in May 1950, advertising for staff in the “new Downyflake Restaurant, opening shortly”. It seems the restaurant had other offerings besides doughnuts. They certainly sold American style waffles.

My own memories of Downyflake are of the outlet in Frankston. In the late 1950s we used to spend our two-week family holiday there. It was a beach resort, not a suburb in those days. The doughnut shop, complete with its exotic machine, was on a corner opposite the pub. So while my uncle and Dad popped in for a quick one, we would watch the doughnuts being made. Simpler times indeed.

Downyflake ceased trading in Australia in the 1980s. Around that time, America’s Dunkin’ Donuts made a foray into the Australian market, but withdrew in the early 2000s. Meanwhile Australia’s own Donut King, founded in 1981, has continued to provide Downyflake-like cinnamon doughnuts (and other varieties) in shopping centre outlets all over Australia. But the entertainment factor of the giant doughnut machine, sadly, is a thing of the past. 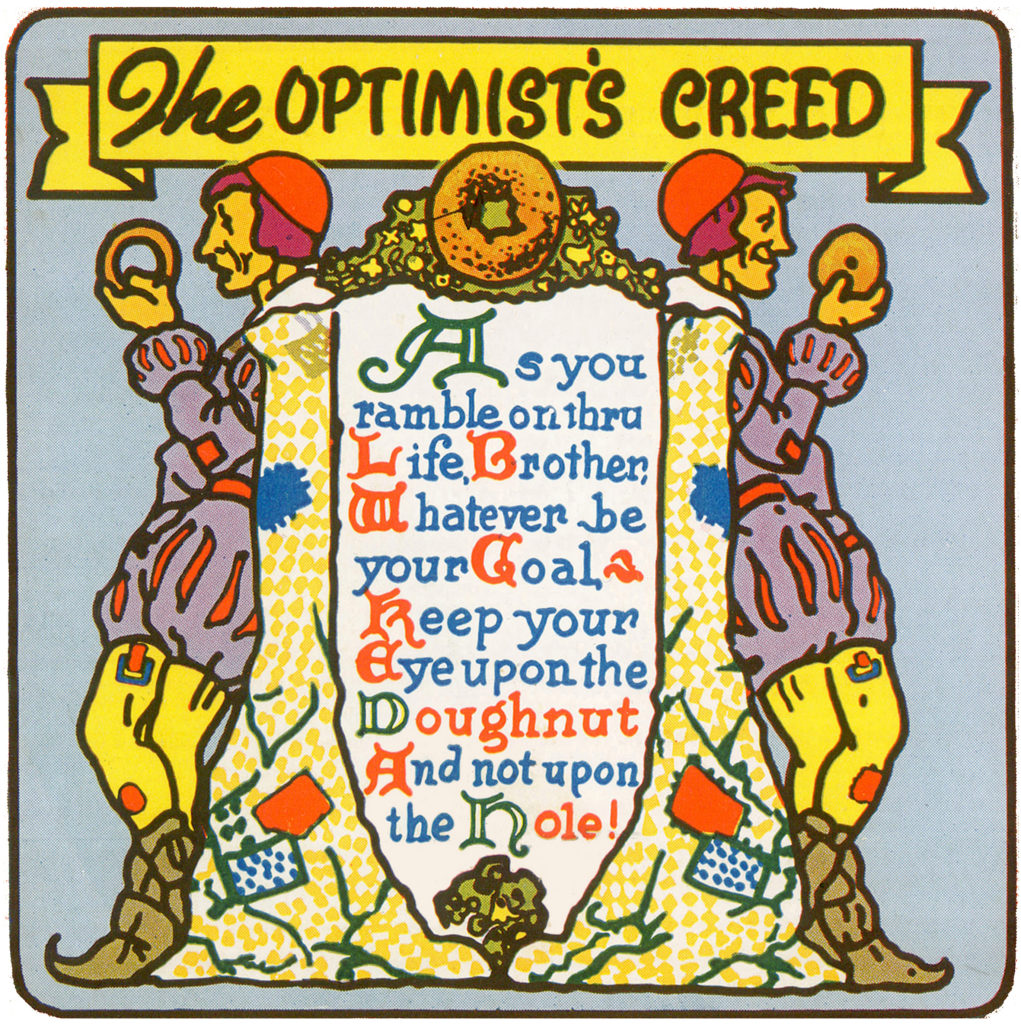