Although people had been putting hundred and thousands (or nonpareils) on bread and butter for some time, the first known reference to this dish as Fairy Bread was in the Hobart Mercury in April 1929. Referring to a party for child inmates of the Consumptive Sanitorium, the article proclaimed that “The children will start their party with fairy bread and butter and 100’s and 1,000’s, and cakes, tarts, and home-made cakes…”

It’s possible, however, that the term “fairy bread” referred only to the bread itself, to which butter and the colourful topping were to be added. Earlier references to fairy bread have nothing at all to do with hundreds and thousands. In the early 20th century, fairy bread was a kind of teacake – a bread baked without yeast, but including eggs and baking powder. Mrs R. Lear received an honourable mention for her version, submitted to the Perth Sunday Times recipe competition in 1913.

In the 1920s, the name fairy bread was more commonly applied to very thin slices of bread, slowly crisped in the oven and served with soups or savoury dishes – what we would perhaps call Melba toast. The household advice columns were full of tips on how to get the result just right. “Vesta”, of The Argus, had the following advice for “Anxious”, who complained that her fairy bread was always hard, not crisp and crumbly: “Fairy bread must be cut to wafer thinness. It is impossible to cut it too thin. It should then be put into a slow oven, and baked until it is golden brown all through.” 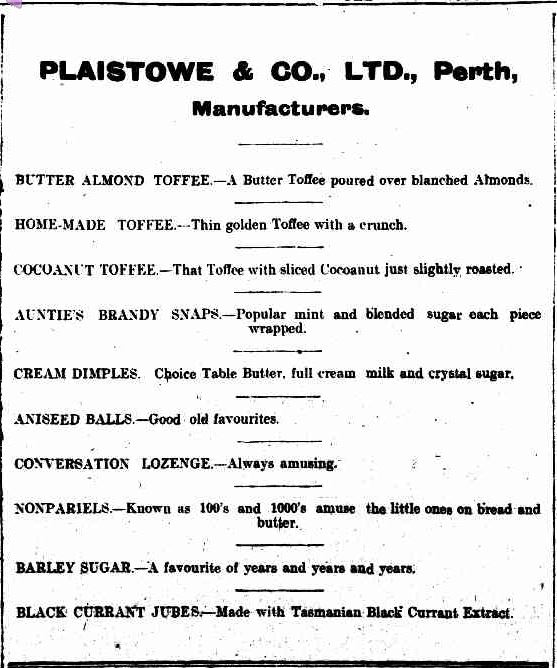 The first Australian mention of hundreds and thousands being eaten on bread and butter can be found in an advertisement from the Plaistowe confectionery company of Perth in 1921 and by 1928 they were accepted kids’ fare. Plaistowe referred to them as “nonpareils” – the generic name for small beads of sugar used to decorate desserts. These had been used in cookery since the 17th century. It’s not clear when multi-coloured “hundreds and thousands” as we know them emerged or when the name first came into use.

The hundreds and thousands name seems to be a British, Australian and New Zealand term. In America, similar products are called Sprinkles or, in parts of the north-east, Jimmies. However, the name Fairy Bread is purely antipodean. It was certainly established in its current meaning by 1935, when the Sydney Morning Herald recommended it as a festive treat for young children on Christmas day.

There is speculation that the name came from a poem by Robert Louis Stevenson’. Published in 1885 in A Child’s Garden of Verse, the poem, called Fairy Bread, reads:

Come up here, O dusty feet!
Here is fairy bread to eat.
Here in my retiring room,
Children, you may dine
On the golden smell of broom
And the shade of pine;
And when you have eaten well,
Fairy stories hear and tell.

There are enthusiasts. Someone even started a Facebook page for International Fairy Bread Appreciation Day. Whoever it was seems to have grown up and the page now appears to be defunct. The addition of what is essentially just sugar and food colouring to white bread and butter isn’t especially PC in these health-conscious times. But chances are, as long as Aussie kids continue to have birthday parties, fairy bread will continue to be a favourite.

My thanks to Cris of Ten Random Facts for assistance with this story.