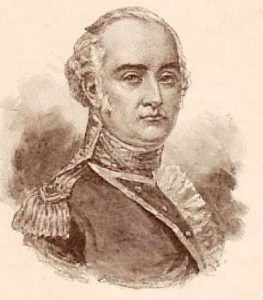 Norfolk Island was settled by a party under the command of Lieutenant King  just five weeks after the First Fleet arrived in Sydney. Its settlement was part of Governor Phillip’s instructions and was to prevent its seizure by any other European power. Farming on Norfolk Island became a way of supplementing food supplies in Sydney, although the wreck of the supply ship Sirius on the island’s reef in 1790 actually exacerbated food shortages.

When Captain Cook discovered the island in  1774 it was uninhabited, but archeologists have unearthed remains of a settlement showing Polynesian habitation between the 13th and 15th centuries. It is not known why the Polynesians, who introduced banana palms and New Zealand flax, abandoned the island. Noting the tall Norfolk pines and the flax, Cook recommended that it might provide materials for masts and sails for the Royal Navy. It was later found that the timber was not resilient enough for masts, while the flax was too difficult to prepare compared to its European counterpart.

In March 1788, Lieutenant Philip Gidley King led a party of 15 convicts and seven free men to found a settlement on Norfolk. These first settlers built a township and began to grow grains, fruit and vegetables for shipping back to Sydney. A year later, King was able to report that the island’s gardens were producing – bananas, orange trees, sugar cane, rice, wheat and barley, pumpkins, potatoes, turnips, artichokes, lettuce, onions, leeks, celery and parsley.

Farming on Norfolk Island was not easy, however. Despite the fertile soil and sub-tropical climate, crops were plagued by rats, caterpillars and parrots. The salty winds were a further hazard. What’s more, there was no safe harbour on the island, which made shipping goods difficult. In 1790, two ships, the Sirius and the Supply brought more convicts and marines to the island. In a major tragedy for the new settlements the Sirius was wrecked on Norfolk’s reef and most of the supplies it carried were lost.

These shiploads of convicts were intended to ease the demand on food supplies in Sydney. By 1791, half the population of the new colony was on Norfolk. The population peaked at more than 1100. Convicts on the island were not gaoled, but worked as free labour in the gardens and farms. Some were granted land as a reward for their good behaviour. By 1804, free settlers outnumbered convicts on Norfolk.

Animal husbandry as evidently productive. The Sydney Gazette recorded in 1803 that: The Alexander stopped at Norfolk Island, from whence she has brought 18,535lbs. of pork, salted on the Island, on account of  Government. The Gazette also reported in 1803 that Governor Phillip had issued an order the Norfolk colony should attempt to manufacture sugar from their sugar cane,  as had been done on the successful farms in the West Indian colonies.

However, costs to maintain the settlement rose and farms in areas around Sydney began to produce more food. In 1814 the settlement was abandoned, the buildings pulled down and burned and the livestock shot or left to the ravages of abandoned dogs. A second settlement, beginning in 1825, was purely a harsh penal colony for the worst offenders and became famous for its cruelty. It, in turn, was abandoned in 1855. Shortly afterwards, Norfolk was resettled by descendants of the the Bounty mutineers who were relocated from Pitcairn Island.

Farming on Norfolk Island today is mainly to cater for local residents and tourists. Farm produce includes vegetables, fruit, poultry, eggs, pork and cheese. There is a local winery, an artisan goats’ cheese farm, locally grown coffee and a local charcuterie.  Fish are caught for local consumption. Norfolk Island also has its own breed of cow, the Norfolk Blue, thought to be descended from a “blue” bull (probably an Angus/Shorthorn cross) that was brought to the island in the mid-1900s.

From the early days of the Pitcairners, visiting American whalers had a big impact on local culture. As a result,  Thanksgiving is still a public holiday on the island. Among popular foods are coconut bread, banana pihli (ripe bananas, mashed and baked), green banana fritters, or banana dumplings (mudda) cooked in milk. Fish from the surrounding sea is always on the menu.