The first Ali Baba kebab restaurant opened in 1979 outside the Woden Plaza in Canberra’s inner south. It was founded by Lebanese brothers Mick and Karl Marjan. They opened  two more restaurants in Canberra during the 1980s – at Belconnen and in the city – and in 1989 began a franchising operation offering take-away kebabs.  By 2007 it was Australia’s largest kebab and wrap chain. 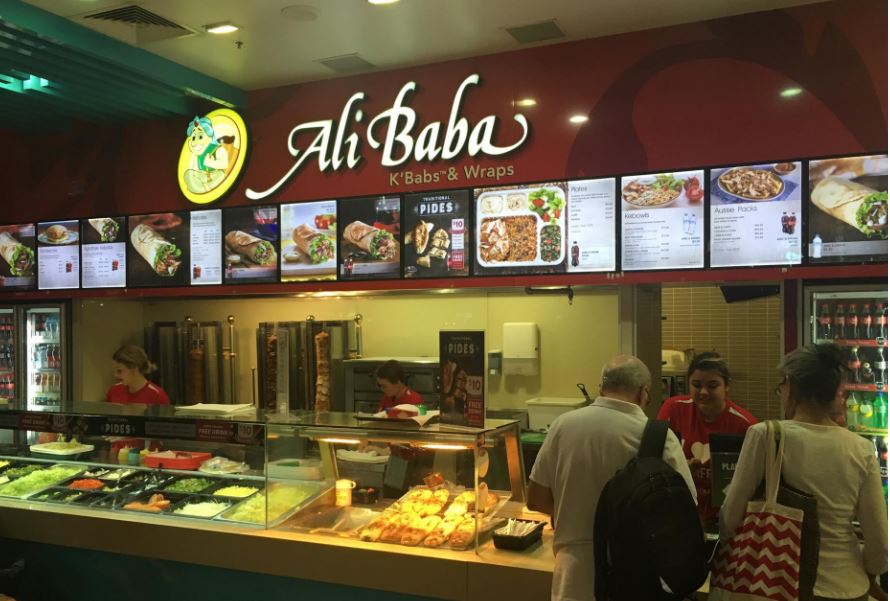 As with Greek families who developed oyster bar and cafe empires in the early 20th century, the Ali Baba story has a strong family element.  Karl Marjan was a chef and businessman who arrived in Canberra in the late 1970s and, with his brother Mick, set up his Ali Baba dine-in and take-away restaurant. When the brothers began to expand their kebab operation, many of the original franchisees were family members who emigrated from Lebanon to join the business.

In a 2012 interview with The Canberra Times, Karl Marjan said that most of the franchise in Canberra was owned by family, uncles, cousins.” ”In Lebanon there is a real passion for cooking,” Mr Marjan said. ”Our grandfather had a restaurant. We have a passion for food.

In 2007 Ali Baba K’Babs & Wraps acquired its largest competitor in Queensland, Uncle Tony’s Kebabs, which expanded the brand’s presence in the sunshine state and made it the largest kebab and wrap chain in Australia.

Because Ali Baba outlets are largely located in shopping centres, and operate on shopping centre hours, they sit somewhat outside the kebab culture of late-night drunken noshing. It’s the ‘safe’ kebab offering.

In 2017, the company was claiming that it had almost 60 outlets nationally and was serving over 4 million customers each year.  It is still 100% Australian owned.