Sizzler was an American idea – the first one was  opened in 1958 in California by Del and Helen Johnson. The first Sizzler in Australia opened in the Brisbane suburb of Annerley in 1985 (and it’s still there). Sizzler restaurants, offering steaks and an all-you-can-eat buffet, then proliferated all over Australia. There was even one in Darwin. After their ’90s heyday their popularity began to decline and by 2017 only 16 remain. Most are in Queensland.

The Sizzler chain in Australia was developed by Collins Foods International – now Collins Foods Limited, a publicly listed company headquartered in Brisbane. Initially, Collins Foods operated Sizzler and Kentucky Fried Chicken stores in Australia and in the United States, but after selling off all its American KFC stores to Pepsico in 1990-91 the company changed its name to Sizzler International and started to move into Asia. After several rounds of corporate mergers and financial manoeuvrings, and a few name changes, it became Collins Foods again in 2005.

To start their operation in Australia, Collins Foods acquired a couple of Queensland restaurant chains  – Bonanza and Taco Den. They then set about converting the Bonanzas into Sizzlers. The all-you-can-eat concept went down well with Queenslanders in the ’80s. And perhaps it’s because of the ‘home town’ advantage that  most of the chain’s remaining restaurants are now located in Queensland. All except one of the others are in Western Australia. Victoria, South Australia and Tassie have none.

The Sizzler menu consists of “an endless range of soup, salad, pasta, fruit & dessert” as well as grills, garlic prawns and fish. But the item on the menu that everyone raves about is the famous cheese toast.  It’s their signature dish, and it’s free with an order of anything else – or with the buffet. It’s so popular that the recipe has even been published: 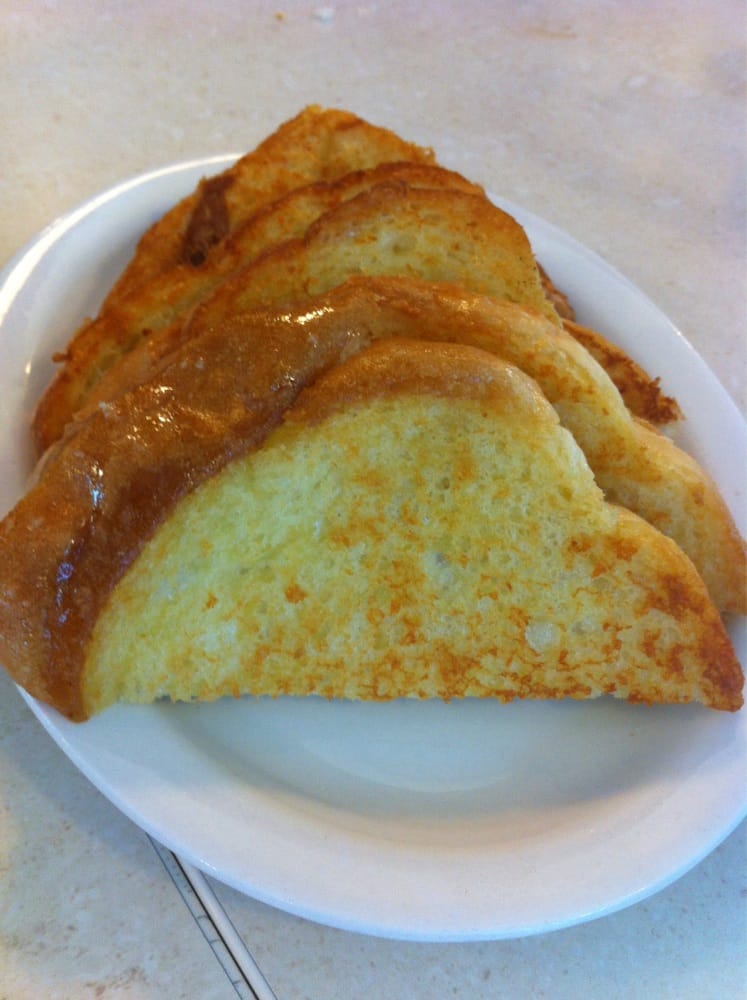 Many people in Sizzler-deprived areas feel nostalgic about the place. As well as the cheese toast they mention the dessert bar, where kids could create a gooey mess of soft-service ice cream, chocolate mousse, jelly and assorted lollies sprinkled over the top. “Ever since they shut down the Sizzler restaurant in Doncaster (and all the other sizzlers in Victoria) in the late 90s, my world was never the same” wrote a former patron.

Of course, Sizzler didn’t have the all-you can-eat trade to itself.  Back in the ’90s, Pizza Hut’s eat-in restaurants used to offer ‘The Works’ – a buffet with several different kinds of pizza , pasta, salad bar and aa dessert bar fairly similar to that of their competitor, with the addition of apple crumble pizza. with soft serve icecream,chocolate mousse, jelly cubes, chocolate brownies and apple crumble pizza. Then we got to think of pizza as a take-away rather than eat-out kind of food. As of May 2017, only 16 eat-in stores remain out of more than 270 Pizza Huts Australia wide. But rumour has it ‘The Works’ may return, with new eat-in restaurants on the horizon.  I’m not holding my breath. 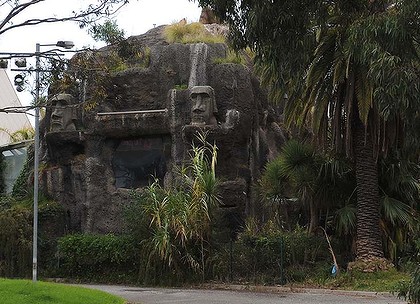 Then there’s that other infamous all-you-can-eat institution – Smorgy’s – now defunct. Smorgy’s began as Island Trader, back in the mid-’80s, which explains why the restaurants were more like theme parks, with a fire-belching volcano at the entrance, waterfalls and tropical jungle inside and a boat that served as the salad bar. The first restaurant appears to have been in Burwood Highway, East Burwood. The chain was created by Erich Schwaiger, who also founded Yarrawood Estate in the Yarra Valley, and the restaurants were designed by Peter McIntyre (perhaps not his finest hour).

The restaurants seem to have been transformed into Smorgy’s in the late ’80s or early ’90s. At one point there were five restaurants, each with its own novelty features: “…the active volcano at Bundoora, the watergarden at Ringwood, the musical fountain and panoramic views of the Dandenongs at Burwood, the waterwheel at East Burwood and of course the superb Salty the Seal and King Neptune shows as well as the giant marine aquarium at Cunningham Pier, Geelong” (a description pulled from the long-vanished Smorgy’s website).

Internet comments have not been kind. “All you can eat nursing home food located in suburbs where your dad went to buy mulch” kind of sums it up. Although some still have fond memories of childhood birthday parties with unlimited cinnamon donuts. Some even found the architecture inspiring: “After driving out of the mess of Ringwood it was always momentarily uplifting to see the Easter Island themed Smorgy’s restaurant, nestled in amongst a lush garden of palms. It was out of its world.” Indeed.

One by one, the Smorgy’s restaurants closed. The Burwood outlet became Volcano Joes. Their website said (and I quote verbatim):

Looking at dining out, expecially in a large group, can be a real challenge as it is hard to find a place that offers reasonable prices, a great variety of foods and immediate service. Volcano Joes has the abitlity to cater to all these needs with a wide style of cuisines available, including Asian, Mediterranean and Mexian as well as cater to special dietary requirements upon request, Our unique tropical decore offers groups a fantastic visual experience without huge indoor waterfall cheroegraphed to music, our iconic talking tree, stunning decor and beautiful views of the Dandenongs.

One hopes the food was better than the spelling.

The Bundoora restaurant, evidently the last one standing, briefly became Reno’s Restaurant, but was destroyed by fire in 2013.