The first dairy cooperative (and Australia’s first agricultural cooperative), the South Coast and West Camden Co-operative Ltd., was formed by dairymen on the south coast of New South Wales in 1881 taking advantage of new developments in refrigeration. The aim of the cooperative was to streamline the sales process, receiving cream from farms in the district and adding value by manufacturing butter. Other cooperatives soon followed: the Albion Park Co-operative Butter Factory in 1885; the Berry Rural Co-operative Society Limited in 1895 (now South Coast Dairy); and the Bega Co-operative Creamery Co. Limited (now Bega Cheese) in 1899.

The first dairy cooperative was promoted by David Lindsay Dymock, a Scots-born businessman who owned a dairy farm at Jamberoo, New South Wales. In the mid-1880s, Dymock was responsible for the introduction of the Continuous Centrifugal Cream Separator, a device that revolutionised the dairy industry. This was the first mechanical cream separator, invented by Carl Gustaf De Laval in Sweden in 1878. Before this, cream was separated by the gravity method, which was slow, inefficient and, because of the standing time involved, often resulted in soured cream. 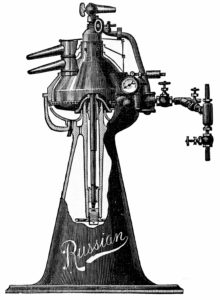 The Laval separator was first used at the Albion Park Co-operative Butter Factory, which treated 1700 gallons (7728 litres) of milk daily with six machines. By the end of the 1880s more than a dozen butter factories were operating on the south coast. In 1900, the Berry Creamery became the first factory in NSW to adopt pasteurisation of cream for manufacture into butter.

On the New South Wales north coast, the North Coast Fresh Food & Cold Storage Co-operative Company Ltd (now Norco) began operations in 1895, initially curing bacon. The cooperative began making butter in 1897, and went on to become one of Australia’s biggest agricultural cooperatives, moving into icecream, bottled milk and cheese in the 1950s.  Norco is still owned by its nearly 300 shareholders who operate Australian dairy farms and supply milk to the cooperative to be sold into the fresh milk market.

Bega continued as a dairy cooperative, beginning to manufacture cheese and milk powder in the 1950. The cooperative became a company in 2008 and was listed on the Australian Stock Exchange in 2011. Nearly half the shares are still owned by its dairy farmer suppliers. Bega Cheese has acquired a number of other dairy companies including Tatura and  Warrnambool Cheese and Butter. In early 2017 the company brought Australian icon Vegemite back into Australian hands when it acquired the Australian grocery and cheese businesses of multinational food conglomerate Mondelez International.

The Devondale Murray Goulburn cooperative was originally formed by a group of dairy farmers in 1950. In 2018  the former managing director was fined for misleading farmers over the anticipated farmgate milk price in 2015/16. In May 2018, Murray Goulburn’s operating assets and liabilities were acquired by Canadian multinational dairy company, Saputo Inc.