Kmart was originally a joint venture between Coles and the S.S. Kresge Company, which operated Kmart in the USA . It combined a supermarket with a discount department store. When the first Kmart store opened in Burwood, east of Melbourne, an estimated 40,000 people passed through the checkouts on the first day.

The first Kmart store was developed on the American model and sold groceries in a section at the rear of the store. Over the years, food sales through the stores varied and the grocery sections were secondary to the variety merchandise. In 1977 a share deal with Kresge saw Coles take control of Kmart in Australia.

Between 1982 and 1989, Coles opened a series of Super Kmarts, combining all the lines of a regular discount department store with a full-range supermarket. The concept didn’t work and the stores were later split into two separate stores.

During the 1980s and ’90s, there were in-store restaurants called Holly’s.  These were gradually closed down, with the last one, in the Horsham store, closing in 2010. 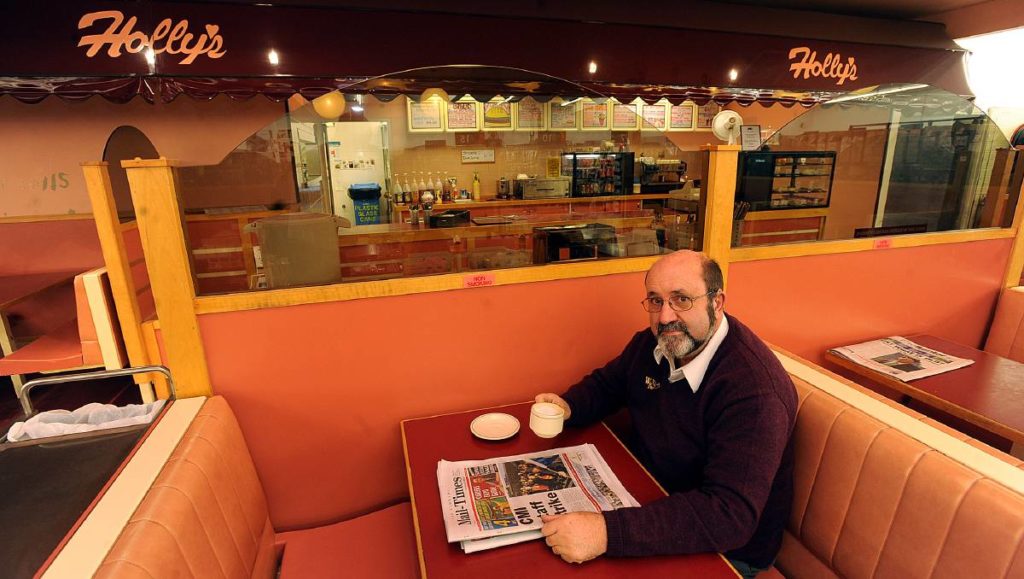 Today, Kmart Australia is not in the grocery business. The only food lines to be found are confectionery, soft drinks and snack products.

Although the chain has encountered problems in the United States, with multiple bankruptcies and hundreds of store closures, the Australian chain, owned by Wesfarmers, claims to be “one of the most profitable discount department stores in Australia”. There are more than 200 stores throughout Australia and New Zealand.