The world’s first self-service grocery store, Piggly Wiggly, opened in Memphis Tennessee. Clarence Saunders, the founder of Piggly Wiggly, claimed to be the first to give shoppers “better value through high volume and low profit margin food retailing”.  There are still more than 600 Piggly Wiggly stores operating in the United States.

The first Piggly Wiggly store opened its doors on 6 September, 1916 and the following year Saunders secured U.S. Patent #1,242,872 for a ‘Self Serving Store’. This and other patents he obtained may have protected certain aspects of the store’s fit-out, but certainly didn’t protect the concept, as self-service began to replace the familiar ‘over the counter’ grocery store.

Piggly Wiggly was the FIRST to…

The locals are so proud of Piggly Wiggly, they’ve even erected a monument close to the site of the first store on Jefferson Avenue, Memphis. 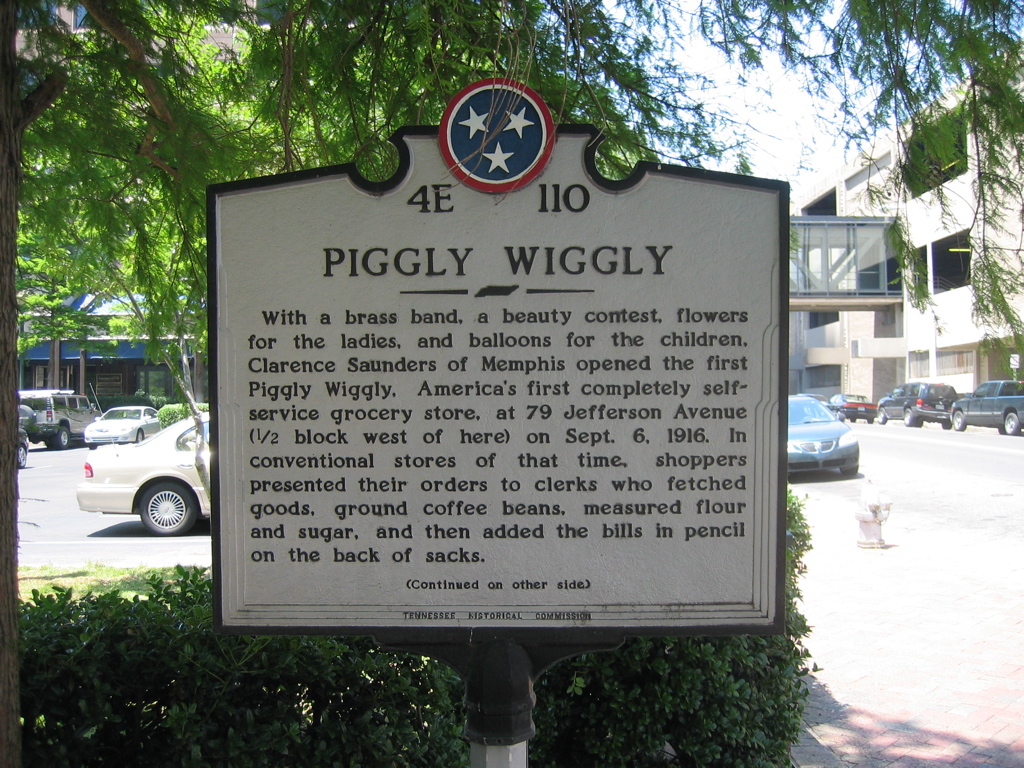 In Australia, the first self-service grocery store was Brisbane Cash & Carry (BCC). In an era when many traditional grocers allowed customers to buy ‘on account’, the cash & carry concept saved on book-keeping expenses and ensured that the money was in the till. Self-service reduced labour costs and allowed the store to handle more customers in a shorter time.

Piggly Wiggly was not technically a supermarket. Most grocery stores of the time dealt largely in dry goods, with fresh produce like meat, fruit, vegetables and dairy products sold by specialty retailers. It wasn’t until 1930 that America’s first supermarket arrived. King Cullen, on the fringes of New York City, had all the attributes that defined a supermarket: self-service, separate product departments, discount pricing, marketing and volume selling. It also offered free parking – something that’s become an essential part of the supermarket experience.