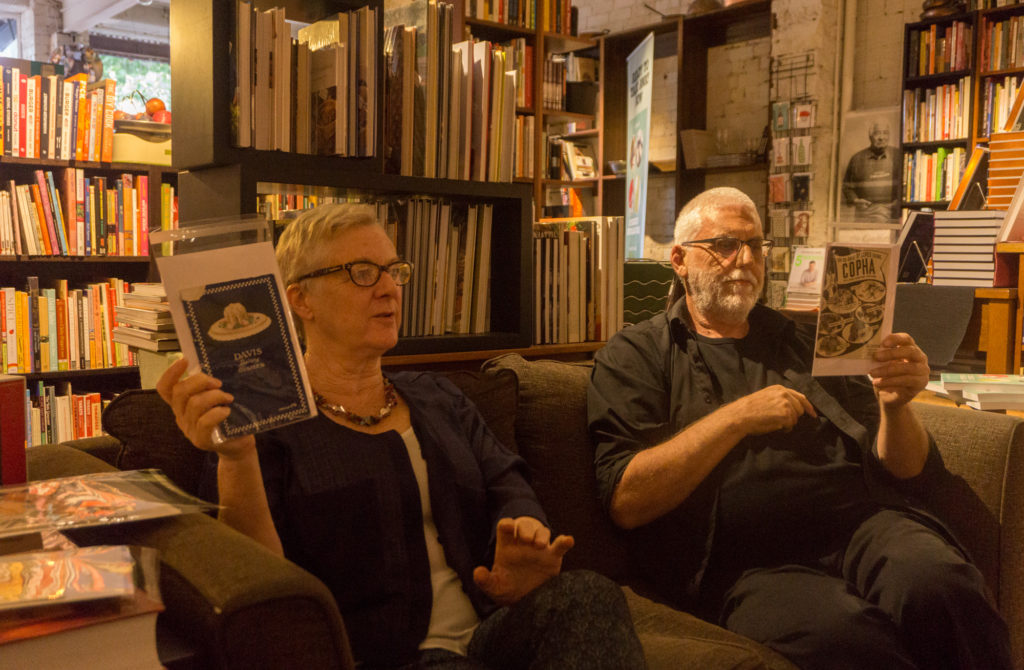 Farrer, Keith To Feed a Nation: A History of Australian Food Science and Technology, CSIRO Publishing, 2005

Newton, John The Getting of Garlic, NewSouth Publishing, 2018

Dickie, John  Delizia! The Epic History of Italians and Their Food, Hodder & Stoughton, 2007

Steingarten, Jeffrey  The Man Who Ate Everything, Headline Book Publishing, 1997

Steingarten, Jeffrey  It Must Have Been Something I Ate, Review, 2002

Australia’s Food and Nutrition 2012 Australian Institute of Health and Welfare. Primarily a resource for public health and food professionals

Australian Food: 40 dishes locals like to call their own CNN Travel

Eat Your History Museum of Sydney: The Cook and the Curator

Joy of Baking An alphabetical history of baking from Afternoon Tea to Valentine’s Day.

Wine Literature of the World: State Library of South Australia

Food Reference A comprehensive food timeline from pre-history to the present, with particular focus on the USA.

Food Timeline: World food timeline by (sadly, now deceased) American food historian and librarian Lynne Olver. Not pretty, but comprehensive and well-researched. This is now only available via the Wayback Machine. It seems no-one was willing to take over Lynne Olver’s role to maintain the site.

The Food Museum: a US based online “museum” dedicated to discovering, exploring and promoting the world’s foods, their histories, and relevance today.

Lion: Our history  Timeline of many iconic beer and dairy brands and how they came to be owned by Kirin Holdings of Japan.

McDonald’s: Travel through time with us A timeline chronicling McDonald’s development worldwide.

USFirehouse: A History of Soda Pop History of American soft drinks including a timeline of packaging innovations.

Wikipedia: Timeline of Food Lists the dates that a variety of American brands emerged.

Woolworths: How we were founded Milestones in Woolworths corporate history