The Hamodava Tea Company was created by the Australian branch of the Salvation Army in 1897. It was the idea of Commandant Herbert Henry Howard Booth, the son of the Salvation Army’s founder, William Booth. Profits were used in the Army’s missionary work, including helping south Asian tea workers to purchase their own land. It thus became the first fair trade tea.

From the earliest colonial days, tea was the national drink of Australia. Henry Booth saw that there was money to be made by importing and selling tea and appointed Ashley Lamb to establish a tea company. Initially, Lamb sourced his tea from other importers, but later the Army dealt direct with growers in Sri Lanka, blending and packing the tea in Melbourne.

The Salvation Army was a significant voice in the temperance movement and Hamodava tea was, of course, served at all Army-sponsored events. Officers of the Army were charged with promoting it throughout Australia and New Zealand. The success of the tea encouraged the company to introduce coffee and cocoa two years later and the products were also distributed through the grocery trade.

Many years before the first use of the term “fair trade”, Hamodava pioneered ethical trade practices, paying fair prices and developing a program that enabled farmers to purchase their own land.

By 1899, the company was selling 3500 lbs (nearly 1590 kg) of tea each week.  It continued to trade successfully until 1929, when the Great Depression caused prices to collapse and the company was wound up. The name persisted at the Hamodava cafe in Melbourne, providing free breakfasts to the city’s homeless people.  The word was said to mean “Salvation” in the Sinhalese language, but modern sources now give the translation as “army”.

After nearly ninety years in the wilderness, the brand has been revived in New Zealand. It still adheres to fair trade principles and profits help to fund Salvation Army projects. There’s no tea, though. It’s just coffee. 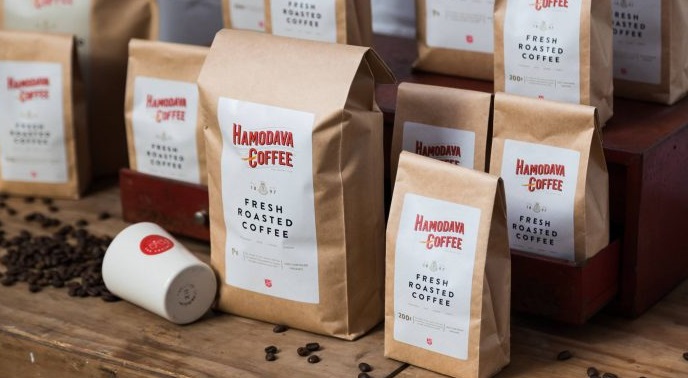