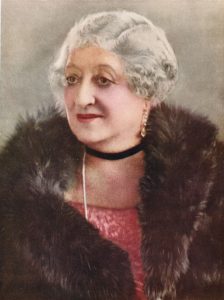 Hannah Maclurcan achieved considerable fame with her 1898 cookbook Mrs Maclurcan’s Cookery Book: A Collection of Practical Recipes, Specially Suitable for Australia. The book went on to have 20 editions. In 1901 Hannah moved to Sydney where she took over the lease of the Wentworth Hotel, transforming it into a grand hotel.

Hannah Mclurcan acquired her knowledge of the hotel and catering trades while working in hotels owned by her father in the Toowoomba and Brisbane areas. After her marriage to Donald Maclurcan, they managed the Criterion and George Hotels in Townsville. She compiled her cookery book during this period. It was first published locally and later had a London edition, a copy of which was presented to Queen Victoria. There were many later editions of the book, the last being published in 1930.

In 1901, Hannah published a second cook book: The 20th Century Cookery Book: A Thousand Practical Recipes for Everyday Use. The same year, the Maclurcans moved to Sydney, leasing what had been the Wentworth House Hotel in Wynyard Square.

When her husband died in 1903, Hannah took over the lease and the licence, later acquiring the freehold for the hotel. Adding extra storeys and taking over the block next door, she transformed the Wentworth into a luxury hotel. From the original 32 bedrooms, it expanded to more than 100 rooms with every convenience.

The Wentworth became the “in” spot for society functions in its renowned grand ballroom, accommodating more than 1000 guests. The Wentworth was also known for its fine cuisine, especially the cold buffet luncheons served in the Palm Court, ‘Sydney’s Premier Café’. To promote her hotel, Hannah contributed a cookery column to the society magazine The Ladies Sphere.

Known to her hotel staff as ‘Madame’, Hannah Maclurcan remained the hotel manager until 1932, when her son succeeded her.  The hotel had been a public company since 1912 and in 1950 Qantas (at the time, Qantas Empire Airways) obtained government approval to buy all shares.  In 1966, the Wentworth was relocated to Chifley Square.