Built by the retail magnate Mark Foy, the Medlow Bath Hydro opened in 1904 as a hydropathic sanitorium and health resort, offering visitors the opportunity to “take the waters” in European style while enjoying superb views over the Blue Mountains. However, in the absence of natural mineral springs, foul-tasting mineral waters were imported from Germany. When the appeal of the health resort waned, the hotel was re-branded as the Hydro Majestic and promoted as a luxury getaway.

The project was an ambitious one, involving the employment of 200 to 300 workmen for more than a year. The impressive dome that topped one of the buildings was imported from Chicago, transported to the mountains by bullock cart and reassembled on site.  Foy was even successful in having the name of his hotel’s location changed from Medlow to Medlow Bath. As well as around 100 bedrooms, the resort included a ballroom, billiard room, lawn tennis courts, a bowling green, a cricket ground and a “swimming bath”.

It wasn’t all about recreation. The Sydney Morning Herald reported that “Primarily, the idea is to treat on a scientific basis all kinds of neurotic complaints, dyspepsia, indigestion, stomach troubles, gout, rheumatism, etc.” Treatments, supervised by one Dr. Baur, who had “experience in Germany, Switzerland and other European countries”, was to be in charge of “hot and cold water treatment…also of electric baths, electricity as a curative agent, and of sunbaths, etc., scientifically applied to the human system”. 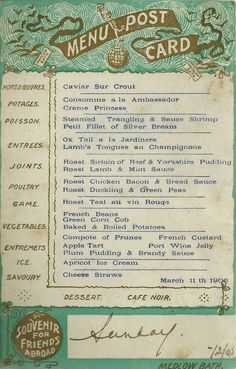 The hotel opened on 3 July, 1906. Mark Foy and his wife entertained a group of Sydney socialites who were transported by train to Penrith and then to the mountains by motor car, a journey of some seven hours.

It’s not clear whether Foy believed there were natural mineral waters available at Medlow. As there weren’t any, he imported water, apparently foul-tasting, which guests were invited to drink for its health-giving properties. Perhaps their lack of appeal contributed to the decline in importance of the ‘sanatorium’ and to the increased emphasis on the Hydro Majestic as a holiday resort.

The dining room, according to a report in 1906, boasted “one of the best cuisines under the Southern Cross” although earlier advertising had suggested there were options for the health conscious, offering “most careful cooking, rich or dietetic as required.” Guests were expected to dress for dinner. According to a later account:

The dining room was a feature. Every table had a magnificent electric lamp in the middle of it and they were all small tables. An orchestra of ladies supplied the dinner music. Chinese waiters waited on each table and two little Turks dressed in their national costume poured coffee in the lounge.

Over the years the hotel attracted many famous guests, including Australia’s first Prime Minister, Sir Edmund Barton, who actually died there in 1920.  The Hydro Majestic was was extensively damaged by fire in August 1922 but reopened in time for Christmas that year. Rebuilding took some 14 years, but for some decades the hotel remained a favourite destination for a luxurious holiday.

By the 1990s, the glory had faded. The hotel was acquired by the Escarpment Group in 2008 and a lengthy process of restoration and renovation has returned it to luxury status.