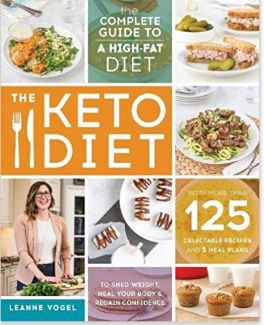 The Keto diet (or ketogenic diet) was originally developed in the 1920s as a treatment for epilepsy. It echoed some of the body chemistry associated with fasting, which even the ancient Greeks had determined relieved the “falling sickness”. It was largely abandoned for this purpose when new epilepsy drugs were developed. However, it has now become a popular way to lose weight. The diet involves eating a high-fat, moderate protein diet with very few carbohydrates, which “teaches” the body to burn fat rather than carbs for energy.

In the 1990s, the ketogenic diet was revived, but was still largely associated with childhood epilepsy. Interest in the keto diet as a weight loss regimen seems to have started around 2010, taking off in 2013 when the fifth-most Googled diet term was ketogenic. In 2014 it rose to number two.

Tracking the number of books published on the subject, it seems the real boom came in 2017 when a vast array of titles appeared including The Ketogenic Bible: The Authoritative Guide to Ketosis by Jacob Wilson. The blurb claims that:

The ketogenic diet is emerging as one of the most popular diets for health and weight loss, and for good reason. No other diet has the same benefits for health concerns ranging from obesity and type 2 diabetes to Alzheimer’s disease to cancer—not to mention its positive effects on athletic performance.

Others have raised doubts, including the suggestion that the high fat, low carb regime can lead to loss of calcium from the body and increase risk of osteoporosis.

The keto diet is a natural descendant of the Atkins Diet that became popular in the 1970s and has some features in common with other low-carb regimes including the GI Diet, the South Beach Diet and the Paleo Diet. It certainly seems that carbs are the new villains, with an increasing emphasis on sugar as the biggest no-no of all.

The cook books we’re buying reflect our new carb and diet consciousness. In August 2018, the Sydney Morning Herald published a list of the top ten food books according to BookScan.  Number one was Jamie Cooks Italy and number six was another Jamie Oliver number: 5 Ingredients. Number 9 was the Australian Women’s Weekly publication, Delicious Recipes for your Pressure Cooker and Slow Cooker. However, the other seven were all about diet rather than taste:

It seems that by 2018 we were all super-conscious about carbs – bad news for the sugar industry and soft drink manufacturers.