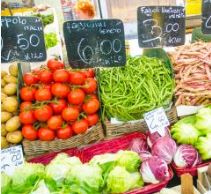 Roy Morgan research found that between 2012 and 2016, the number of Australian adults whose diet is all or almost all vegetarian rose from 1.7 million people (or 9.7% of the population) to almost 2.1 million (11.2%). In New South Wales, there was a 30% growth in this kind of diet.

As it did in 2012, Tasmania led the nation with the highest proportion of residents who ate little or no meat (12.7%, up from 12.2%), while Queensland (9.2%, up from 8.3%) retained the distinction of being the state least inclined towards vegetarianism. The numbers in Victoria didn’t change.

Australia’s vegetarians (and those who eat an almost vegetarian diet) are more likely to live in capital cities than in regional or rural areas. Sydney is the capital with the greatest proportion of residents who eat little or no meat (14.4%), ahead of Hobart (13.3%) and Melbourne (12.7%).

Roy Morgan found that many Australians adopt a vegetarian diet for health and/or weight-loss reasons. Nearly half (48.7%) of Aussies 18+ who eat little or no meat agreed that ‘A low-fat diet is a way of life for me’ (well above the population average of 31.9%) and 36.7% agreed that ‘I always think of the number of calories in the food I’m eating’ (compared with the 25.2% national average).

It seems to work. While 60.7% of Australian adults had a Body Mass Index that qualified as overweight or obese, this figure dropped to 45.4% of those whose diet is mostly or totally vegetarian.