The Australian Dairy Corporation (now Dairy Australia) began its osteoporosis campaign, talking about calcium intake. Although milk had always been touted as giving you strong bones and teeth, the new campaign was more specific about the likelihood and effects of an osteoporosis ‘epidemic’. Research indicated that people were avoiding dairy products owing to concerns about heart health and weight control.

In the 1990s there was increasing recognition that osteoporosis was likely to become a significant health problem, particularly in countries (including Australia) with an ageing population. The first World Congress on Osteoporosis was held in 1998. Some scientists estimated that half of all American women and 20 per cent of men over 50 would suffer an osteoporosis fracture in their lifetime. They attributed the rise in the incidence of the condition to  smoking, a sedentary lifestyle, fewer pregnancies, and reduced calcium intake largely because of slimming diets.

Milk, yoghurt and cheese are among the richest sources of calcium in its most easily absorbed form. The 1990 campaign drew inspiration from a previous Meat and Livestock Industry campaign touting the importance of iron in the diet. It identified groups for whom adequate intake of calcium was most critical – children, teenagers, and women – and sought to educate people on the desirable levels of calcium intake. 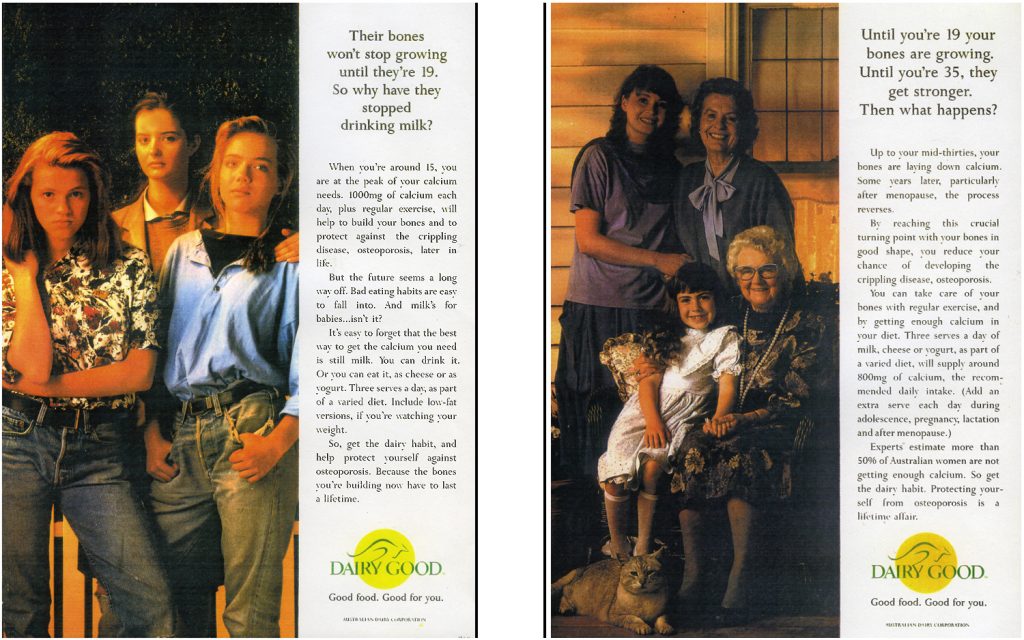