The company responsible for Australia’s most famous wine, Penfolds Grange, was established at Magill Estate in the Adelaide Hills in 1844. Founded by Dr Christopher Rawson Penfold and his wife Mary, its first vineyard was known as the Grange Vineyard, named after their new homestead ‘The Grange’. Mary Penfold managed the estate and early winemaking, becoming Australia’s first female wine-maker of note.

The Penfolds and their four-year-old daughter arrived in Australia in 1844 and in October purchased The Grange, planting a vineyard with Grenache cuttings they had obtained from the south of France and carefully nurtured on the long sea voyage. The Adelaide Observer wrote:

Mr Penfold is the fortunate purchaser of the delightfully situated and truly valuable estate of Magill (named after Sir Maitland Magill), for the sum of one thousand, two hundred pounds … comprising 500 acres of the choicest land 200 acres of which are under crops. The site of the residence is worthy of a noble mansion … its woodlands offer a most agreeable background to this highly picturesque and desirable property. 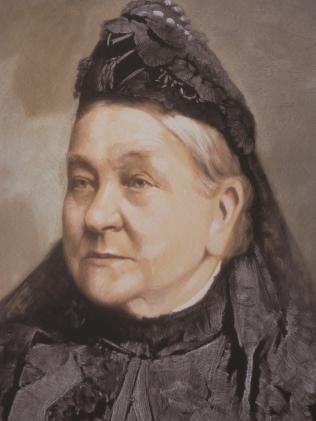 Mary was the daughter of a well-to-do doctor, while Christopher was a vicar’s son, one of thirteen children. They had married in 1935, when Mary was only 15. In Adelaide, Christopher Penfold devoted much of his energy to his medical practice, leaving Mary to manage the farm and the vineyard. This she did with the help of her maid Ellen Timbrell and a manservant who helped with ploughing, sowing and harvesting.

The Penfolds initially made port and sherry, but later began to produce clarets and Rieslings. The wines were initially prescribed as tonics for anaemic patients and the Penfolds slogan ‘1844 to evermore’ reflects the brand’s origins as a health-giving preparation. However, while the initial impetus may have been to produce medicinal wines, by the 1860s the business was thriving.

When Christopher Penfold died in 1870, Mary continued to run the business. By the time she retired in 1884 Penfolds was producing one third of South Australia’s wine and by 1907 it was the largest winery in South Australia.  Mary died in 1896.  The Penfolds history timeline can be found here.