Peters Ice Cream was founded in Sydney by American migrant Fred Peters. His first Peters Ice Cream family bricks, reputed to be made to his mother’s recipe, were sold  from a horse and cart in the suburb of Manly. In 1927, Peters’ Victorian factory opened in Melbourne. The slogan “The health food of a nation” lasted into the 1970s, when regulations about health claims forced a change. The brand was sold in 2014 to UK-based R&R Ice Cream, which has now partnered with Nestle to form the world’s largest ice cream company, Froneri.

After several unsuccessful business ventures in Australia, Fred Peters began to manufacture Peters Ice Cream in his backyard in Manly. He set up Peters’ American Delicacy Co. Ltd in 1907 and subsequently expanded operations to two hired freezer rooms in Paddington. In 1911, he opened his first major factory at Redfern. At that time, it was the world’s largest ice cream factory. 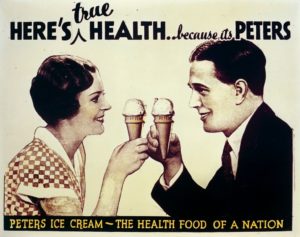 Peters then expanded into Queensland, amalgamating in 1927 with Arctic Ice Creams Pty. Ltd., a company set up in 1923 to produce and market the new ice cream sensation Eskimo Pie. The Queensland entity, named Peters Arctic Delicacy Company, opened a new factory in Townsville in 1929. In that year, new companies were also created in Victoria and Western Australia.

Although Fred Peters was a shareholder in each of the companies, the different state entities operated independently and not always harmoniously. Fred Peters retired as managing director of Peters in 1936 and died in 1937. After his death, the divisions between the companies deepened, although the Peters brand remained strong.

A young organic chemist, Emil Christenson, joined Peters  in 1929, and from 1931 until 1970 headed the company’s operation in Victoria. With fewer than 100 employees in 1931, by 1971 the Victorian company – by then named Petersville  – had more than 5000 on staff. It became one of Australia’s largest food companies, owning brands including Four ‘n Twenty and Edgell Birdseye. 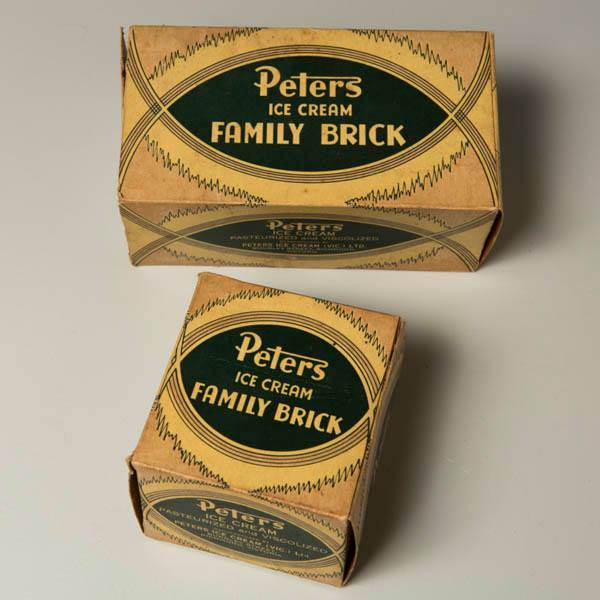 The Peters Ice Cream operation has changed hands repeatedly since the mid-1980s, having been successively owned by the Adelaide Steamship Company, Pacific Dunlop, Nestlé, Pacific Equity Partners  R & R Ice Cream and, now, Froneri. A separate Peters Ice Cream business in Western Australia was bought by Fonterra in 2006 and then Nestlé in 2009. Nestlé continued to own some ice cream brands, such as Drumstick and Skinny Cow, which Peters manufactured under licence.

Michael Harden’s book Of a Nation, written to commemorate the 100th anniversary of Peters Ice Cream, is published by Hardie Grant.