At QUF, it was literally a case of robbing Peters to pay Pauls. The two brands, formerly competitors, ended up under the same roof when Peters Arctic Delicacy Company merged with Pauls Ice Cream and Milk to form Queensland United Foods (later simply QUF) in 1960.

Peters Ice Cream had been founded in Sydney and moved into Queensland in 1927 when it amalgamated with Arctic Ice Creams Pty Ltd, a company that had obtained a licence to produced the new American sensation, Eskimo Pie. The Peters companies in various states remained separate entities – a situation that was to cause difficulties in controlling the brands further down the track. 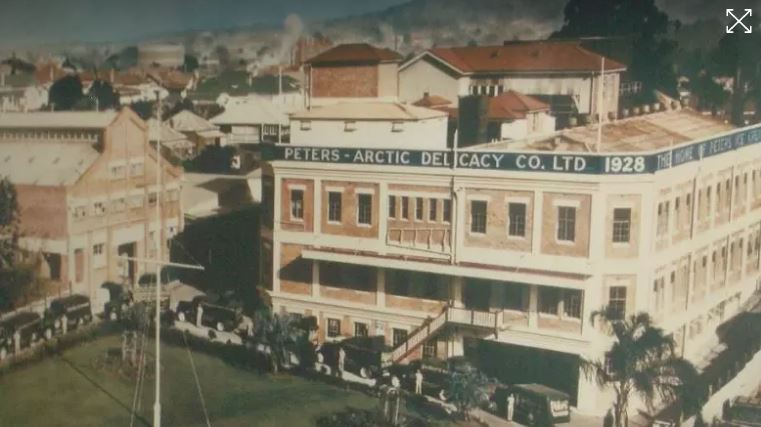 Pauls began as Pauls Polar Perfections in 1933 and became a publicly listed company, trading as Pauls Ice Cream and Milk Ltd.  In addition to ice cream, the company was a major milk distributor and manufactured powdered milk.

After the merger that created QUF, the company began marketing Pauls ice cream  brands beyond Queensland. Petersville in Victoria, in retaliation, sought to sell their ice cream in Queensland. However, as they didn’t have rights to the Peters brand in that state, they were forced to adopt the name Penguin and re-name key products such as Drumstick.

In 1980, Petersville and QUF resolved their differences by establishing a partnership under the name “Australian United Foods” (AUF). They manufactured and sold ice cream under the Pauls brand nationally and under the Peters brand in every state except Western Australia, where Peters remained a separate company. Nestlé acquired the brand in most states in 1996  and consolidated it nationally in 2009 when they purchased the Western Australian operation. Peters is now owned by the European company R&R Ice Cream.

QUF became Pauls again in 1998 when it was bought by the Italian dairy company Parmalat. It is now controlled by the French dairy company Lactalis. Pauls no longer markets ice cream. It is one of Australia’s largest milk companies, with products including Full Cream and Smarter White Milk,  PhysiCAL (a calcium enriched lower-fat milk) and Skinny Milk. The company also sells custards, yoghurts, creams, sour creams and flavoured milks.