Although pumpkins (or their seeds) arrived in Australia with the First Fleet and scones had their origin in Scotland sometime in the 1500s, the first recipes for pumpkin scones appeared in the early 20th century. Almost certainly, home cooks were producing them before The Queenslander printed a recipe in 1913, as the Beenleigh Show had a special pumpkin scone category in 1914.

In her book Bold Palates, Barbara Santich devotes several pages to the role of the pumpkin in the early Australian diet. A native of north America, the vegetable was commonly grown in Britain from the mid-17th century, but it was regarded as cattle fodder. Even now, you rarely find pumpkin on the menu in Britain and the tradition of baked pumpkin as part of the Sunday roast dinner is completely unknown.

In Australia, pumpkins found the climate to their liking and grew prolifically. While the colonists struggled to establish other crops, the pumpkin provided a reliable fall-back and soon established its place in our local cuisine. This has continued. Santich points out that Australians eat almost three times as much pumpkin as do people in its native land, America. This may not be entirely accurate, however, as it appears that many of the vegetables we classify as pumpkins, like the butternut, are referred to in the USA as ‘winter squash’.

By the late 19th century, pumpkin had appeared in Australian recipe books in various guises – in pies, as fritters or even au gratin. Dr Phillip Muskett, in his 1893 book The Art of Living in Australia, provided a recipe for cooking the young green shoots of the pumpkin plant as ‘Imitation Spinach’. 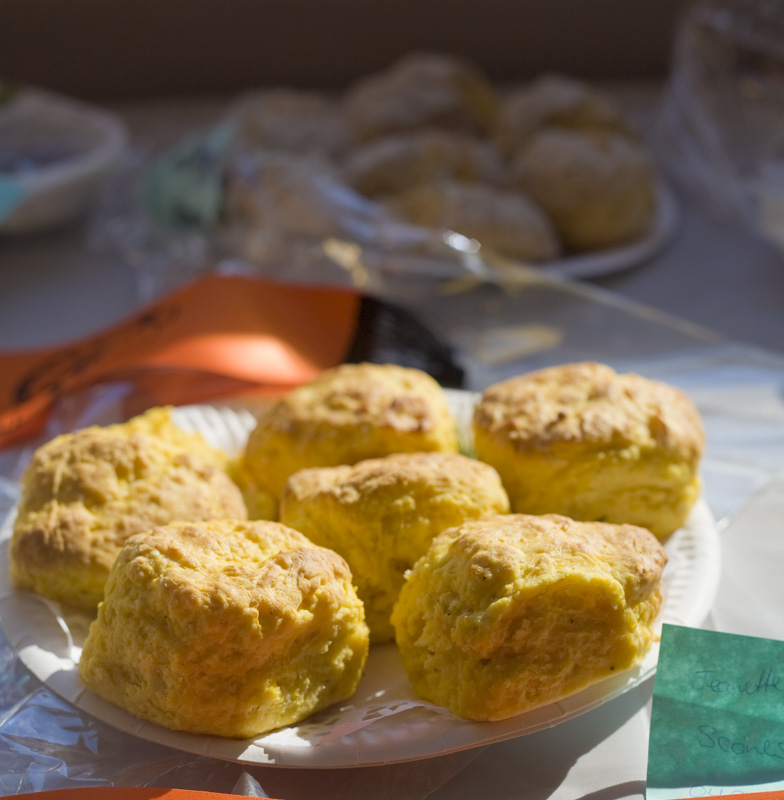 We don’t know exactly when someone – most likely a Queensland housewife – decided to add pumpkin purée to her scones, or whether the recipe in The Queenslander is the first to appear in print. But the inventor of pumpkin scones must have shared the recipe around. The Beenleigh Show of 1914 may have been the first to have a prize category specifically for pumpkin scones, but many other Queensland country shows followed suit.

Over the next six years recipes popped up in Melbourne, Sydney and even Kalgoorlie, but it seems the heartland of the pumpkin scone remained Queensland and northern New South Wales. Fittingly, the most famous champion of the said scone was the wife of a Queensland Premier.

Florence Bjelke-Petersen (later Lady Bjelke-Petersen) remained a housewife when her husband, Johannes (Joh) was elected to the office in 1968.  However, through the 1970s she became increasingly famous for her pumpkin scones and her homespun philosophies. In 1981, ‘Lady Flo’ became a National Party Senator for Queensland, an office she continued to hold until 1993. She continued to share her famous scone recipe and even published a recipe book – Classic Country Collection.

Lady Flo’s recipe is very similar to the one that first appeared in The Queenslander, although the quantities vary slightly and the 1913 cook would not have had the convenience of an electric mixer.