The first Railway Refreshment Rooms in Queensland were opened two years after the state’s first railway. James Bassingwaite, licensee of the Lady of the Lake Hotel in Helidon applied for permission to sell refreshments, wine and spirits in February 1867.  The same year, Mrs Littleton of the Royal Hotel in Toowoomba opened an establishment close to the station.  A special act of parliament was  passed in 1868 to regulate the granting of licenses. 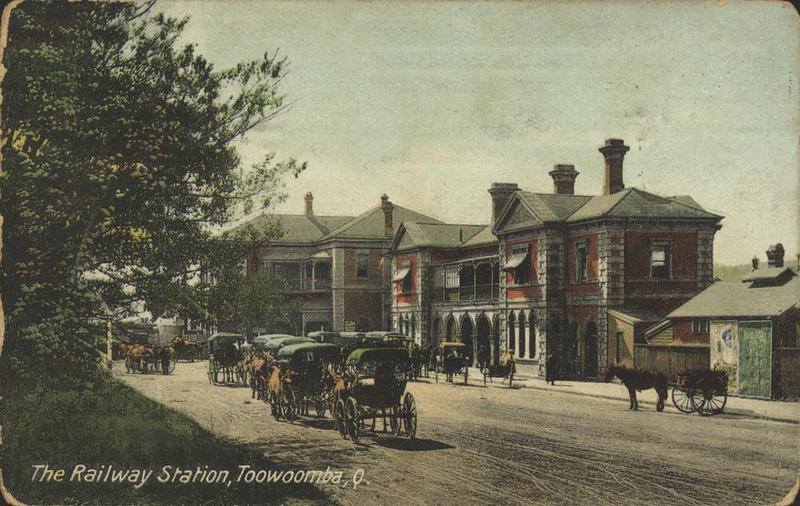 It wasn’t the first railway refreshment room in Australia. In 1854, when Australia’s first steam trains began chuffing their way from Melbourne to what is now Port Melbourne, there was a licensed refreshment room waiting at the other end. New South Wales was a few years behind Queensland, opening the first refreshment rooms at Mittagong and Mt Victoria in 1873, followed the next year by one at Sydney’s Central Station.

The number of Railway Refreshment Rooms in Queensland continued to increase, rising to 47 after 50 years and more than 100 in the period between the wars. Many refreshment rooms served alcoholic drinks, although some were “temperance” establishments. In 1917, under Queensland’s Labor government the Railways Department took over the running of many of the refreshment rooms, to the protests of proprietors and passengers.

From the 1950s, as more people owned cars and trains offered air-conditioning and buffet cars, Railway Refreshment Rooms began to close. By the 1980s, few were still operating in Queensland.