2018 Single-use plastic bags banned. Or not.

From 1 July 2018, the two major supermarket chains planned to ban single-use plastic bags at the checkouts. On the same date new legislation came into effect in Western Australia and Queensland banning the bags for all supermarkets, takeaway stores, pharmacies, goods sold online and markets. Bans were already in place in Tasmania, South Australia, the ACT and Northern Territory. But in New South Wales and Victoria, supermarket customers did not go quietly into that good plastic-bag free future.

The supermarket chains forewarned customers about the change with notices in the store but when B-day arrived all hell broke loose. Outraged people refused to pay 15 cents for their ‘reusable’ plastic bags. Coles agreed to give them away free until 1 August. Then, fearful of losing their customers, they backed down and decided to give them away indefinitely. So then the ‘ban the bag’ advocates threatened to boycott Coles. 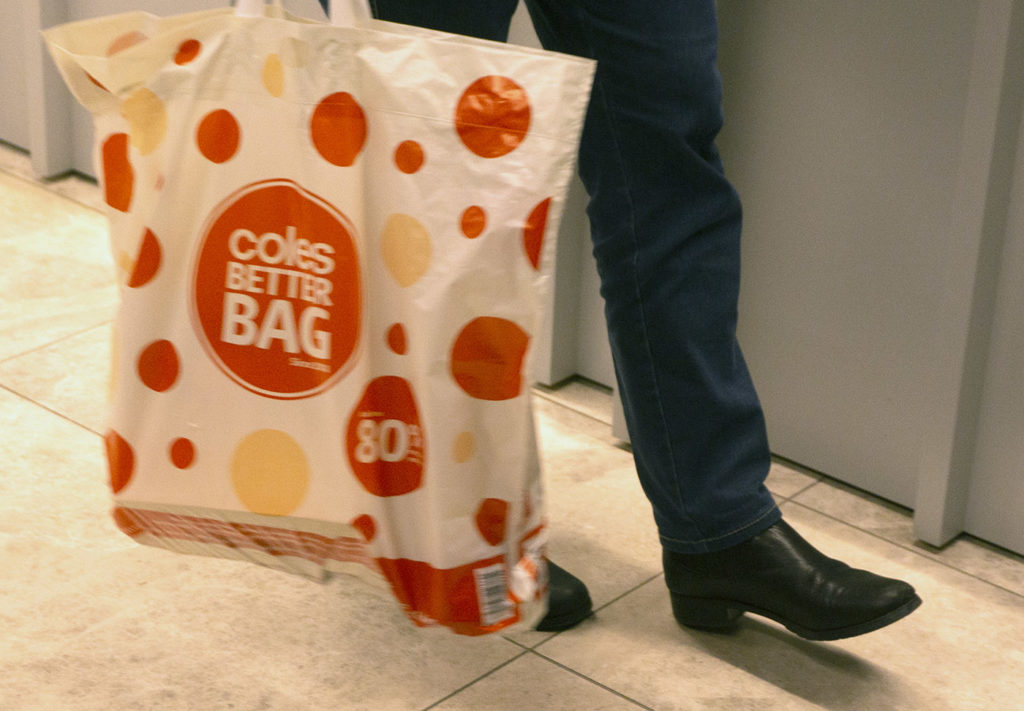 Woolworths, meanwhile, after a short transition period, stuck to their guns. They continued to charge 15 cents for their thicker bags.  Aldi, a supermarket chain making inroads into Coles’ and Woolies’ market share, has never given away plastic bags to shoppers and said it supported a complete ban on single-use plastic bags. At Aldi, customers  pay 15¢ for one plastic bag, or buy a fabric bag for 99¢ or a cooler bag for $2.49.

The ban on single-use plastic bags was a response to public pressure to reduce waste and litter, and to prevent harm to wildlife. The first place in Australia to ban them was Coles Bay in Tasmania in 2003. In 2008, South Australia became the first state to ban the bags, followed by the Northern Territory and the Australian Capital Territory in 2011 and Tasmania in 2013.  In 2019, the Victorian government introduced a ban on all single-use plastic shopping bags.

The issue is how we dispose of our household garbage. As many as 40 per cent of those single-use bags are used to wrap our rubbish. So what’s the alternative?

In South Australia, after single-use bags were banned, the sales of plastic bin liners increased dramatically. A government review found that while just 15 per cent of shoppers bought plastic bin liners before the ban, 80 per cent bought them five years later. And a UK study suggested that those heavier bin liners are actually worse for the environment than the light-weight bags.

Environmental activists promote alternative disposal methods like composting, but with the move towards apartment living this isn’t practical for many.  And most apartment complexes have regulations insisting that household waste is wrapped before it’s hurled down the garbage chute.

There’s a suggestion that we should return to the ways of our parents, when food scraps were wrapped in newspaper before being deposited in the bin. But who buys a newspaper these days?

Perhaps the answer lies in the production of genuinely biodegradable bin-liners. Although there are products available labelled biodegradable, according to CHOICE this can mean they break down in anything from two to 10 years, and perhaps only under certain conditions.