A recent high school graduate, 17 year old Fred DeLuca, and family friend Dr. Peter Buck teamed up to open their  first sandwich shop, called ‘Pete’s Super Submarines’ in Bridgeport Connecticut in 1965.  They expanded the operation,   opening more stores and changing the name to Subway in 1968. Sandwiches were made in front of customers and claimed to be a healthier alternative to other fast food options.

In 1974 Subway began a franchise operation. By 1983 the chain was ranked #1 in the sandwich business, expanding beyond the USA for the first time in 1984. The first Australian Subway opened in Perth in June 1988. By 2002 Subway had  more outlets worldwide than McDonald’s. 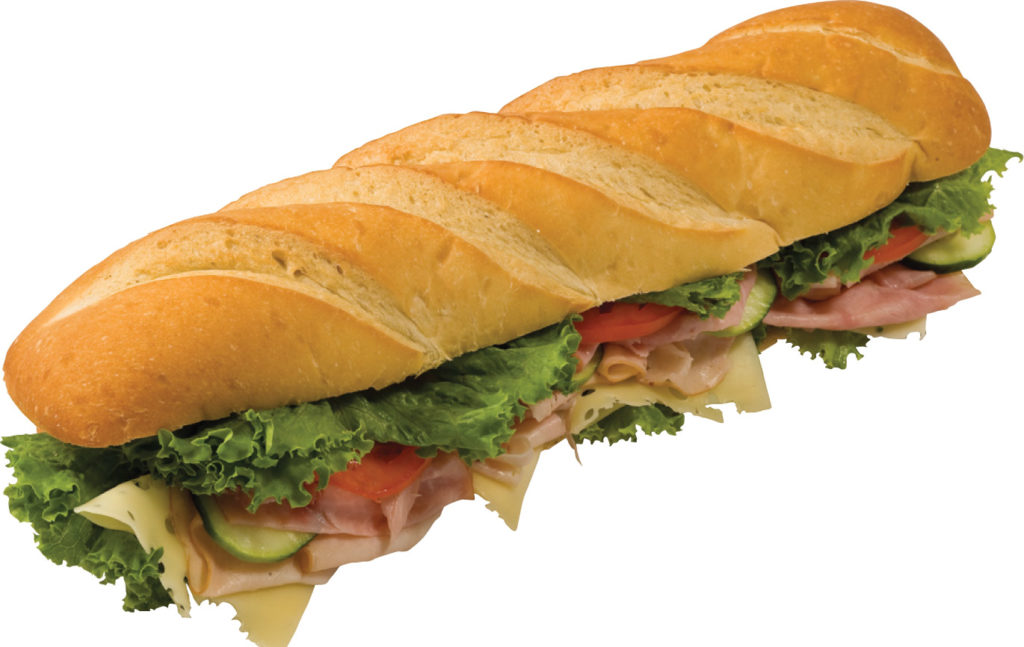 The ‘submarine’ sandwich has its origins in the north east of the United States and is said to have been introduced by Italian immigrants. It’s also known as a sub, wedge, hoagie, hero, grinder, or Italian sandwich, depending on exactly which part of the region you’re in. It’s distinguished by its long submarine-shape and originally had Italian-style fillings.

There is a claimant to the invention of the sub, or at least to its name. Dominic Conti (1874–1954) came to New York from Italy in the early 1900s and is said to have named the sandwich after seeing the recovered 1901 submarine called Fenian Ram in the Paterson Museum of New Jersey in 1928.

Wikipedia quotes his granddaughter as saying: “Around 1910, [my grandfather] started his grocery store, called Dominic Conti’s Grocery Store, on Mill Street in Paterson, New Jersey where he was selling the traditional Italian sandwiches. His sandwiches were made from a recipe he brought with him from Italy, which consisted of a long crust roll, filled with cold cuts, topped with lettuce, tomatoes, peppers, onions, oil, vinegar, Italian herbs and spices, salt, and pepper. The sandwich started with a layer of cheese and ended with a layer of cheese (this was so the bread wouldn’t get soggy).”

In 2008, Subway claimed to be the world’s largest submarine sandwich franchise, with more than 29,640 locations in 87 countries. In that year it was named as the top Global Franchising Opportunity by Entrepreneur Magazine. The chain sells salads, smoothies and other drinks, cookies as well as its subs, which are available in 6 inch and ‘Footlong’ versions. 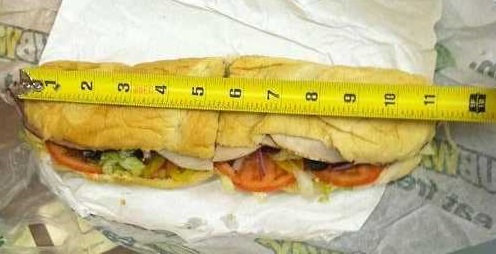 In 2013, Subway was subject to a law suit when two customers claimed that their ‘foot long’ subs measured only 11 ½ inches.  It seems the controversy may have been started after a Facebook post by an Australian teenager. The New York Post picked up the story, running a front page headline reading  Honey, they shrunk the Footlong!  A subsequent investigation by the newspaper found more than half the Footlongs purchased around New York fell short by up to an inch.

Subway paid each of ten people in the law suit $500 in damages and promised that they would measure the subs in future. The suit also cost them $520,000 in legal fees. The plaintiffs’ legal representative said the settlement was small because “It was difficult to prove monetary damages, because everybody ate the evidence.”