In 1955,  Sunbeam Australia launched their  pop-up’ toaster, electric frypan and ‘Ironmaster’. The Sunbeam electric frypan, which became an essential in the 1950s suburban kitchen, was invented in the USA in 1953. Variations of the pop-up toaster had been around in the USA since the 1920s, but became more popular with the widespread use of sliced bread.

In the post-war era, a woman’s place was definitely in the home. Her job was to raise children and keep her husband happy, assisted by a range of shiny new household appliances. Manufacturers, freed from the need to make military equipment, turned their thoughts to the rapidly expanding market for electrical goods. 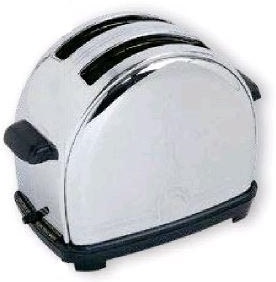 The Sunbeam Corporation originated in Chicago, USA, as the Chicago Flexible Shaft Co. , originally making mechanical horse clippers and sheep shearing machines. As early as 1902, it had an Australian branch.  In 1946, the company changed its name to Sunbeam and by 1948 had a manufacturing operation in Australia. The first pop-up toaster was patented in the USA in 1921 and Sunbeam was making their curvy T9 model there by 1937. However, World War II intervened and the T9 wasn’t launched in Australia until 1955. 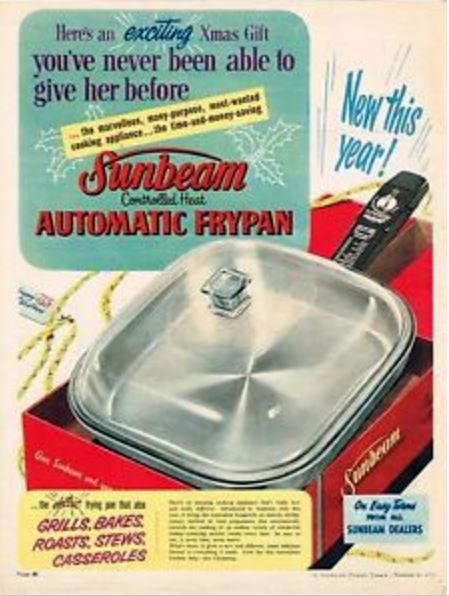 The Sunbeam Controlled Heat Automatic Frypan was a square, cast-aluminum pan with a glass lid, built-in heating element and a black plastic handle with a heat control. Later models had non-stick surfaces and lids that came in trendy 1970s colours. The Frypan was designed for table-top cooking and serving.

In the 1950s, Hotpoint was promising that:  Hotpoint Electric Appliances take the work out of housework! … The Hotpoint housewife conserves her energy and has more time for pleasure…to play with the kiddies after school…to entertain…to enjoy happier living. 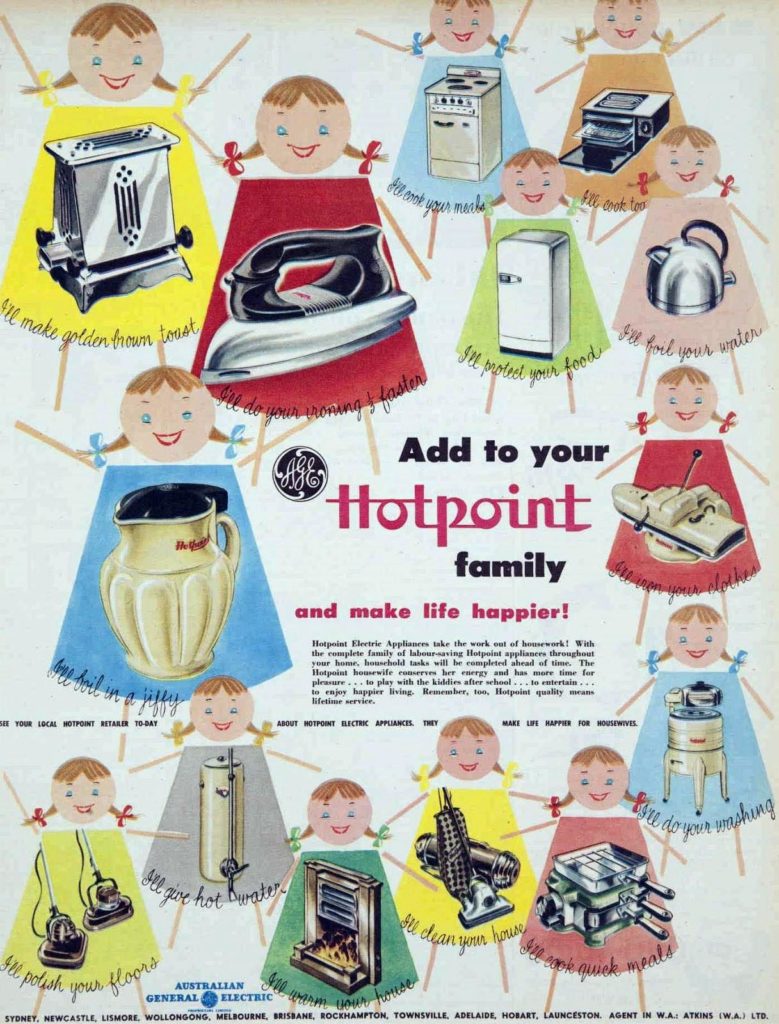