By the early ’70s supermarkets had 50% share of the grocery market, a substantial increase since 1968-69, when a third of the groceries in Australia were sold in supermarkets.  In 1973, Woolworths had 20% of the Australian grocery market, followed by Coles with 14%. The Davids group, which included Supa Valu and Foodland, had 5%, Franklins had 4%, and the Western Australian group FAL 1%. The remaining  55% was shared by other retailers. 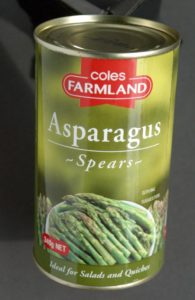 In 1974, Coles alone had 197 New World Supermarkets and 116 smaller Food Markets, as well as 16 Kmarts, all of which had a grocery section. Both Coles and Woolworths had expanded their grocery operations by acquiring existing chains. The 1970s saw major chains introduce home brands with Coles promoting the Farmland range of food products and Woolworths introducing Own Brand in 1973. Franklins launched its ‘no frills’ house brand in 1978.

By 1977, Coles, Woolworths, Safeway and Franklins – the ‘big four’ supermarket chains –  had a 47 per cent share of the total Australian grocery market. Smaller grocery stores joined buying groups to compete with the large chains.  Australia’s grocery market was to become even more concentrated as time progressed, with Woolworths acquiring Safeway in the early 1980s and the collapse of Franklins.  The market power of the supermarket giants, and their increasing focus on home brands, was to put significant pressure on Australian food suppliers.By March 2020, Coles and Woolworths had 67.5% of Australia’s $94.6 billion supermarket spend between them.
« 1973 Crock-pot cooking introduced » 1974 Bankcard launched