According to Museums Victoria, the first known Thai migrants arrived in Australia in 1901. In the 1920s, a representative of King Rama VI of Thailand arrived to purchase racehorses and there were further diplomatic and trade visits in subsequent decades. After the Colombo plan was launched in 1950, sponsoring Asian students to study here, the number of Thai people in Australia increased.

Thai food was relatively unknown world-wide until the 1960s, when tourism to Thailand increased. This was driven by the development of Bangkok as a crossroads for international air transport and the arrival of American GIs for R&R during the Vietnam war. The first known Thai restaurant in the United States opened in 1959, while London’s oldest  opened in 1967. During the 1970s that city acquired just three more. 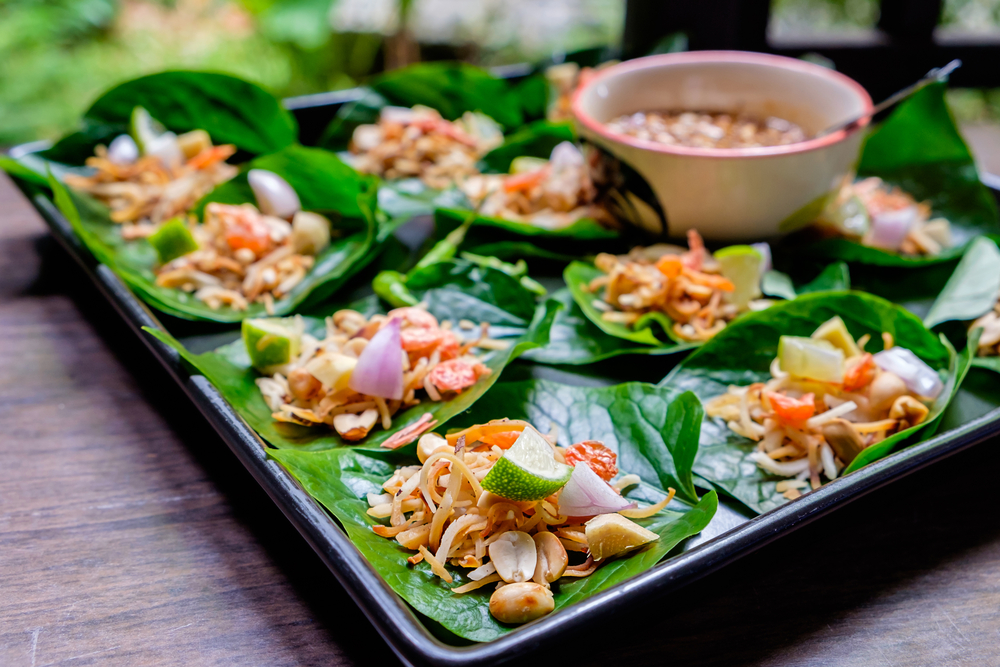 In their 2014 paper ‘Thailand in Australia‘ , Tamerlaine Beasley, Philip Hirsch and Soimart Rungmanee describe the truly remarkable explosion of Thai cuisine in this country. They point out that with more than 3000 Thai restaurants, Australia has more than three times as many of them, per capita, as the United States. In Sydney in 2014, nearly a quarter of the restaurants listed in the Australian Restaurants Directory were Thai.

The 2011 census showed 45,465 Thailand-born people in Australia, an increase of 48.8 per cent since the 2006 Census. There are now a number of festivals celebrating their culture and food. In 2003, Melbourne inaugurated the Thai Culture and Food Festival, now held in the city’s Federation Square. Sydney also hosts a Thailand Grand Festival at Darling Harbour.

Thai restaurants can be found throughout the country. You can drop in on the Banana Tree in Mount Gambier, South Australia or the Spice It Up in Mullumbimby, New South Wales. The Kon Thai on Victoria’s Mornington Peninsula has been operating since 1989.  For some restaurateurs, though, the temptation to include a pun in their establishment’s name seems overwhelming. Thus we have the Bow Thai in Fortitude Valley, the Thai-riffic in Mildura, the like-minded Thai Riffic in Newtown, the Thailicious in Darwin and the Thainatown in (where else?) Sydney’s Chinatown.