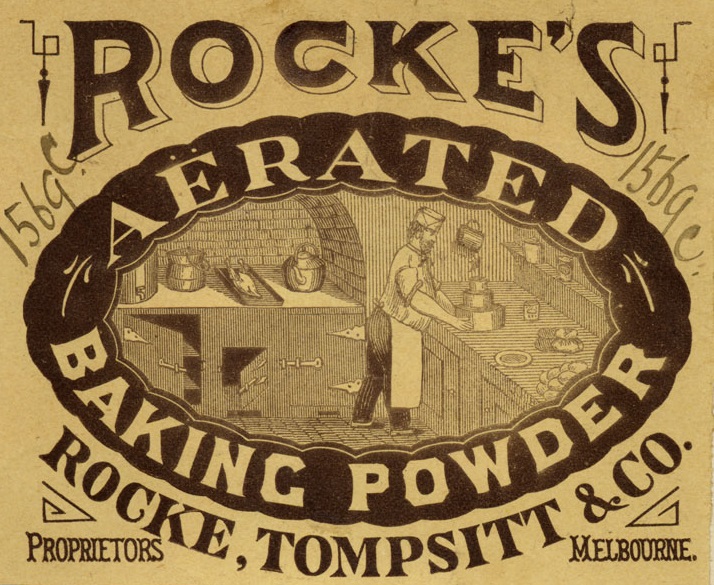 It’s hard to overstate the difference baking powder made to the way we ate. Before its invention, yeast was the most reliable rising agent, but involved lots of kneading and lengthy ‘proving’ times – often 12 to 24 hours. And yeasts weren’t as convenient as the handy packaged product we have today – they were wild yeasts captured from the environment and carefully nurtured in a ‘starter’, a mix of flour and water that had to be fed regularly to keep the fermentation happening.

Bread was made this way for thousands of years. Early cake recipes were more like bread: heavy, sweetened with honey and often containing fruit. To make lighter cakes, the batter needed lengthy beating by hand to aerate the mixture. In the early 19th century, various leavening agents were used including pearlashe, which was extracted from potash and very caustic. Its active ingredient was potassium carbonate, an alkali which, when combined with an acidic ingredient like sour milk or lemon juice resulted in a chemical reaction that produced carbon dioxide.

Some cooks even used smelling salts. These were essentially ammonium carbonate and had the distinct disadvantage of leaving a smell of urine.  It worked for thin biscuits as the smell dissipated during baking, but not for thicker loaves and cakes.

It’s generally acknowledged that the first true baking powder was made by British chemist Alfred Bird in 1943. He was motivated to develop it because his wife was allergic to eggs and yeast. Bird’s product was a blend of sodium bicarbonate (what we now know as carb soda), tartaric acid (cream of tartar) and a little cornflour. When a liquid was added the acid and alkaline ingredients reacted with each other to produce bubbles of carbon dioxide.  And because hot air rises, in the oven all those bubbles lifted cakes to previously impossible heights.

Bird never patented his invention, and in just a few years manufacturers all over the world were producing baking powders of their own. This new miracle ingredient completely transformed baking, making possible an entirely new range of cakes and yeast-free breads, called quick breads.

In Australia, among the early purveyors was A. Abraham, Chemist, of George Street, Sydney, who advertised his product in 1849: ” To captains of vessels, settlers, and persons residing in the country, this baking powder will prove invaluable, if kept dry it will keep good in any climate.” The same year, C. J. Carleton, Dispensing Chemist, of Hindley Street, Adelaide, was touting the benefits of his version, “which supersedes the use of yeast; the bread being made in one fourth the time, and rendered more wholesome and less liable to turn sour than by the fermenting process.”

Rocke Tompsitt and Co. came somewhat later on the scene. The company was formed in Melbourne in 1877 when Henry Tompsitt joined Herbert Rocke in establishing a company describing itself as “Wholesale Druggists and Manufacturing Chemists”.  The company advertised a variety of branded lines including cough syrup, insect killers and toothpaste. They also imported many products and, to this end, Rocke established a company in London. Their baking powder seems to have been first advertised in 1881.

Both partners were active in the Pharmaceutical Society. Rocke was found dead in the courtyard of Petty’s Hotel in Sydney in 1887, evidently having fallen from a balcony. Tompsitt died in 1918 after a short illness. The firm continued to operate in substantial premises in Melbourne’s Flinders Street until it was taken over by the large pharmaceutical company Faulding’s in 1983.

Until 1926, all tartaric acid for baking powder was imported to Australia. Produced from the potassium bitartrate that crystalises  in wine casks during the fermentation of grape juice, it was always expensive. In 1926 the Australian Cream of Tartar company was founded in Parramatta, NSW, and chemists could source a local supply.

Many baking powders now contain artificial substitutes for cream of tartar. A common brand contains Sodium Acid Pyrophosphate, which, although approved for human consumption cannot be called a ‘natural’ ingredient. Gluten free baking powders generally contain rice flour rather than corn flour. Most brands are now “double acting”, containing an additional ingredient that produces a second reaction when the cake mixture is heated in the oven.