Founded by Guiseppe Codognotto to cater to Italian immigrants, the famous Bourke Street restaurant, The Italian Society, was run by the Codognotto family until 1984. During the war years, to avoid anti-Italian sentiment, the name was changed to simply The Society. After 1984 it went through several changes of ownership and name, but  returned to its roots under the DiMattina Group. The restaurant closed in 2016.

Migrant brothers Giuseppe and Antonio Codognotto first opened The Italian Society in 1923 as club for their compatriots. The original premises were at 54 Little Bourke Street.  and moved to its Bourke Street premises in 1932. Guiseppe died in 1938 and his  son, Rino, took over.

World War II brought challenges, with many of the restaurant’s Italian staff arrested an interned as enemy aliens. Rino was conscripted into the army. It was during this time that the word “Italian” was expunged from the restaurant’s name. Rino returned after five years and continued to run The Society until his retirement in 1984.

The Society struggled with Melbourne’s antiquated liquor laws. Despite trying to avoid prosecution by giving away “free” wine with meals, there were a number of run-ins with the law. In 1952, the restaurant was granted a wine licence, but only until 6pm. 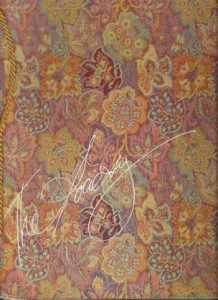 After Rino’s retirement the Codognotto family continued to own the building, but the restaurant lease was sold. It went through a series of name changes until acquired by the DiMattina group in 2007.

The DiMattinas were no strangers to the food scene. Frank Di Mattina (senior) came to Australia in 1922 and started Mocopan Coffee, a wholesale food business. He and a cousin, Joe, were among the first to bring espresso machines into Australia. His son, also Frank, was the first in the family to branch out into restaurants. He started Il Gambero in Lygon Street, Carlton – memorable to me for the first time, back in the 1970s, that I experienced a genuine Italian fritto misto. Frank, together with other family members, also opened DiMattina’s in Lygon Street and Blue Train at Melbourne’s Southgate.

Taking over at The Society in 2007 was Frank junior’s son Paul.  The menu, while still offering a range of pasta dishes, had an international rather than a truly Italian focus (curry sabayon, indeed?). However, the glory days were past.  The restaurant closed in 2016 and in 2017 the property in Bourke Street was sold for $8.07 million.