The Australian soft drink industry underwent a radical transformation in the 1950s and ’60s. The change was wrought by self-service chains, supermarkets, drive-in shopping centres and vending machines, with a little help from new technologies and marketing. The era of the returnable bottle was coming to an end and small brands started to disappear.

Vending machines have a history dating back to the ancient Greeks, where an enterprising soul evidently designed a coin-operated machine to dispense holy water. The first modern vending machine was invented in 1883 in England and dispensed postcards, envelopes and notepaper. In 1888, the first machines in the USA sold chewing gum. 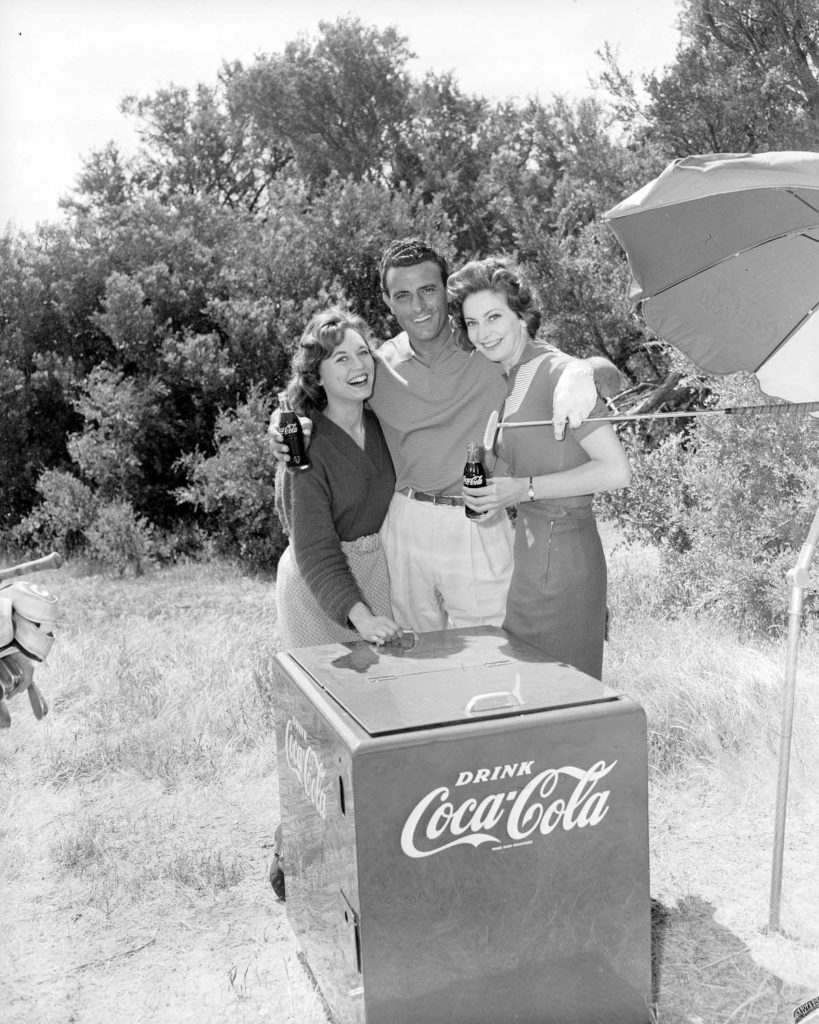 Coin-operated vending machines for soft drinks arrived in Australia in 1953. There was a significant capital investment required to install them, which gave an advantage to the bigger firms. The early machines were top-opening and the simplest versions simply had bottles standing in iced water. Cottees was one of the manufacturers to embraced vending machines and the heavily branded Coca Cola machines soon became ubiquitous.

In his article Pop Goes the Bottler! Soft Drinks, 1945-65, Humphrey McQueen chronicles the transformation of the soft drink industry from one dominated by small local concerns – generally family owned – to an enterprise of large multi-national corporations. In 1955-56, he says, there were 587 soft drink firms each employing an average of nine people. Many were literally back-yard businesses relying on home delivery or sales through local corner stores and milk bars.

The manufacturers understood little about marketing and focused on the quality of their products rather than what consumers might be looking for. McQueen identified difficulties with stock control, cost accounting and adapting to the new requirements of the retail trade. By the mid 1950s, he says, self-service outlets accounted for just 11 per cent of grocery outlets in Melbourne but handled 47 per cent of sales.

Until the mid-1960s, most soft-drinks were sold in returnable bottles. The customer paid a deposit and could return bottles for a refund. The system was never popular with grocers and as supermarkets claimed a growing share of the market the returnable bottle began to disappear.

As the small bottlers disappeared, so the larger firms were bought by overseas interests. Cottees was sold to General Foods and Marchants to British Tobacco. By 1966, Tarax was the only Australian-owned company among the major soft-drink brands. In 1972 Tarax was sold to Cadbury Schweppes.